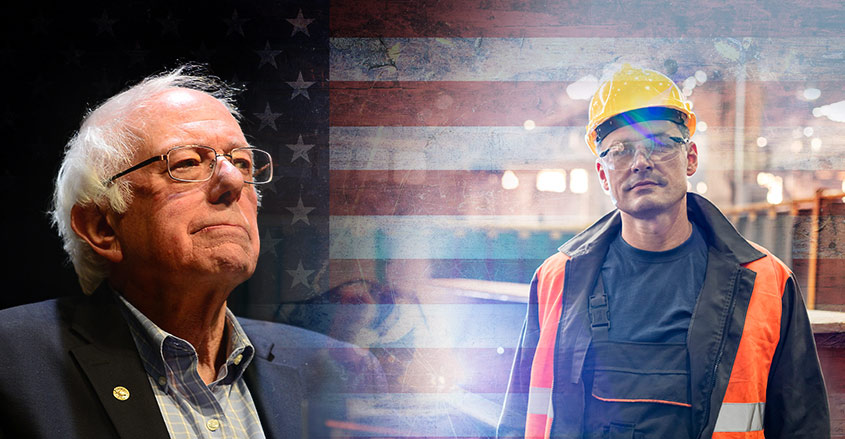 Senator Bernie Sanders wants the federal government to guarantee a job paying $15 an hour and health benefits for any American who “wants or needs one,” reports the Washington Post.

At the moment, it is not clear how the Vermont Independent’s plan would be financed. Historically, Republicans have opposed a federal jobs guarantee, arguing that such a plan would be expensive and impractical.

If created, Sanders’ program would fund hundreds of projects across the country addressing issues such as infrastructure, care giving, the environment, education and other goals.

Early drafts of the plan propose that Americans also would get job training for positions in which they might have limited experience.

Representatives from Sanders’ office said they had not done a cost estimate for the plan or decided how it would be funded. They say that they were still crafting the proposal.

Senator Kristen Gillibrand (D-NY) recently tweeted about the subject, writing that “if Republicans could give $1.5 trillion in tax cuts to corporations and the wealthiest among us, why can’t we invest a similar amount in a guaranteed jobs plan for regular Americans who are unemployed and willing to work to better their local community?”

If Republicans could give $1.5 trillion in tax cuts to corporations and the wealthiest among us, why can’t we invest a similar amount in a guaranteed jobs plan for regular Americans who are unemployed and willing to work to better their local community?

The push moves away from President Obama’s use of public-private partnerships and toward government incentives to reshape private markets. The move clearly embraces instead a full government intervention in the economy.

Unemployment is already at historic lows, but critics argue that structural unemployment — the mismatch between skills and opportunity — and low pay remain huge obstacles to millions of Americans.

For instance, many employed people today rely on welfare to get by in the expensive cities where jobs exist.

Job guarantee advocates claim that there plan would increase wages and would also make the work force more efficient by driving up competition. Supporters add that it would reduce racial inequality.

Sanders’ plan would create 12 districts in the United States that would foster job plans among municipalities, states, and American Indian tribal governments. Those plans would then pass to the U.S. Labor Department for final approval.

Training centers would connect workers with jobs and new projects.

Despite the positive goals of the plan, some economists are not sure the idea is realistic. Adam Ozimek of Moody’s Analytics, for instance, called Sanders’ program “ridiculous and economically illiterate.”

Aside from the economics, there is very little political chance that this kind of program could come up in a GOP-controlled Congress. President Trump likely would veto it in any case.

Rather, floating the idea now shows that the progressive Sanders wing of the Democratic Party is moving on after the 2016 debacle. Midterm elections are nearing, and jobs, pay and healthcare could be a major theme in the 2020 presidential race.