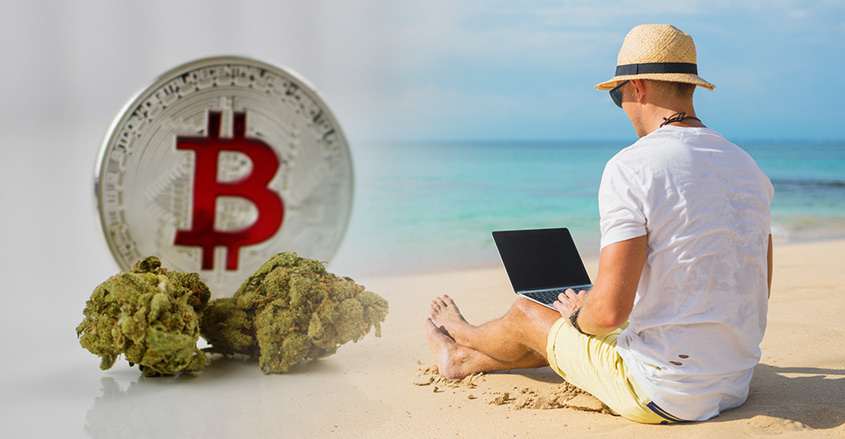 Millennials, people under the age of 35, are in the driver’s seat when it comes to speculating on cryptocurrencies and cutting-edge investments such as marijuana stocks.

Investment accounts opened initiated by people under the age of 35 catapulted by 72% in 2017, reports TD Ameritrade.

“Clearly, the two biggest stories of the quarter were the sectors of cryptocurrency and cannabis,” said TD Ameritrade CEO Tim Hockey. “That has driven the skewing of our new accounts opened to the younger trader and younger investor.”

What makes the surge of younger investors even more remarkable, according to Hockey, is that millennials have been historically wary of the stock market investment due to crashes in the recent past.

“Those are two sectors that didn’t even exist a few years ago. That has driven the skewing of our new accounts opened to the younger trader and younger investor,” Hockey said.

The cryptocurrency market experienced a 1,400% surge in activity last year. Likewise, the once taboo marijuana business industry was estimated to valued at $10 billion dollars in 2017.

Though Hockey marveled at the recent activity of millennial investors, he stressed the need for caution when speculating on new, burgeoning industries.

“I’m not a market strategist or economist, but I’m also old, so I’ve seen this before,” he said. “In hindsight, there’s always something that tips the market over.

“There’s an event or a realization that something was overvalued. If you objectively look back at the turning points in previous cycles, there will be something that will come along,” Hockey said.

Millennials are a powerful demographic to market and advertise to, especially in the financial trading and investment sector.

It will be comparable in size and influence to the Baby Boomer generation, once it grows into the age when people put down roots, buy homes and invest.

TD was the first big brokerage to offer Bitcoin futures trading to its clients, albeit only in larger accounts.

Hockey was cautious about futures trading in crypto as well.

“This market is certainly not mature. I would say that what we saw in terms of levels of absolute interest prior to the holiday season seemed to peak,” he said.

“Everybody was talking about crypto of all types all the time because it seemed like it was a one-way increase.”