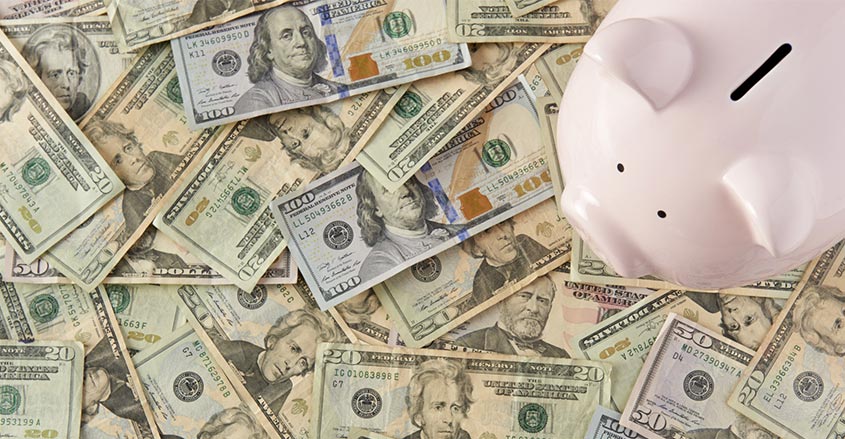 You don’t need to visit Hollywood to see a bunch of millionaires. Fidelity Investments says that the number of people with $1 million or more in their 401(k) retirement plan at work has skyrocketed in the past year.

Fidelity says that 133,000 people have achieved millionaire status, a significant jump from the 89,000 savers that became millionaires at the beginning of 2017.

There are a number of factors that have helped savers achieved this milestone.

A roaring stock market does play a major role, but many people also are contributing a lot more to their retirement plan. The average participant is now contributing 8.5%, which Fidelity notes is the highest percentage contribution in 10 years.

In fact, three out of 10 savers increased their contribution amount over the last year. Because of these increased contributions, both men and women are achieving 401(k) millionaire status by their late 50s.

Experts stress that the number of 401(k) millionaires highlights the importance investing in your retirement as early as possible.  To achieve million dollar status in a 401(k) it will take the better part of your career.

Not investing in a 401(k) right away is a common mistake made by many  younger employees. Additionally, Fidelity reports that one out of five savers is not contributing enough to take full advantage of employer matching.

This can be attributed to the fact that many corporations auto-enroll their employees, but do so at a at a lower level that doesn’t meet the matching requirements.

Jeanne Thompson, a senior vice president of Fidelity Investments, tells wannabe millionaires to increase their contribution amount by 1% every year.

It’s critical, too, for young investors to not be too conservative in choosing their investments, Thompson says. Having a portfolio that features more high-risk stocks and less low-risk bonds is the key to maximizing your gains when you’re young, she says.

Getting to $1 million dollars worth savings is desirable, but it still might not meet all of your retirement demands.

Other mitigating factors such as debt level, life expectancy, family dynamic and spending level need to be taken into consideration when budgeting for retirement.

Thompson notes that most of us should strive to have at least 10 times our yearly income by retirement age. On that basis, a $1 million 401(k) would be adequate savings for someone making $100,000 a year.