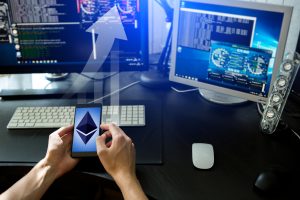 Ethereum is a public, open-source distributed ledger platform that allows for the creation of smart contracts and decentralized applications or DApps. The project was launched in 2013 by Vitalik Buterin and has since grown into one of the largest blockchain projects in the market with hundreds of other tokens and coins running on the platform. The Ethereum project had its initial coin offering in the summer of 2014, where it sold 11.9 million Ether tokens to raise $16 million. Ether’s issue price at the time of the crowdsale amounted to $0.311 and reached an all time high of $1,431.77 for a return of 147,000%.