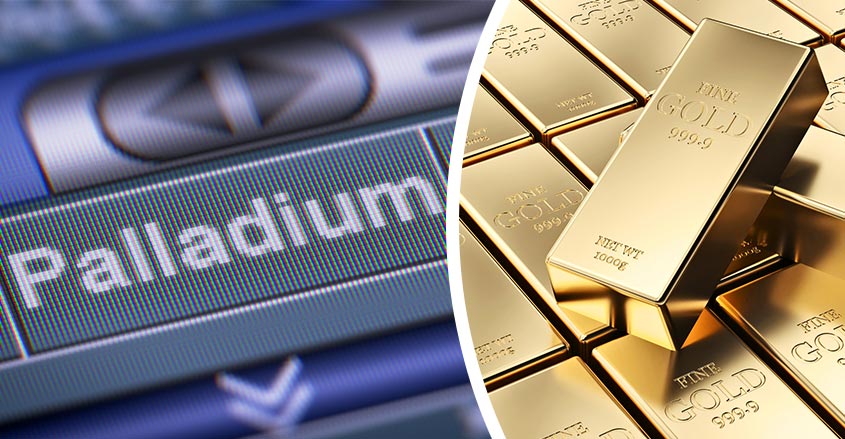 Investment and financial industry analysts now  believe that the months-long palladium rally could surge past the value of gold sometime in 2018. The recent gold high was $1,342.50, on Jan. 15 as well.

This is the first time that the precious metal had ever been traded at such a high price. Palladium is a silvery-white metal that is similar in appearance to platinum. Palladium and platinum are a part of the same family of elemental white metals.

Almost three-fourths of the world’s supply of palladium is used in the production of catalytic converters, a pollution-controlling component of fossil-fuel powered automobiles.

A slow but steady abandonment of diesel engines in Europe and booming automobile market growth in China, along with a perceived shortage of palladium supplies, are driving the metal’s rise in value.

Exactly where most of the planet’s palladium is mined may also be a contributor to its recent rise in market value.

Some precious metal experts believe that more than 80% of the planet’s supply of palladium can only be found in Russia. The international mining regulations and exportation restrictions that Russia imposes play a significant part in palladium global rarity.

Mark O’Byrne, a precious metals expert and director of the company GoldCore in Dublin, believes that Russian machinations concerning palladium restriction is playing a large part in its recent price rallies for the metal.

“Russia has restricted supplies of valuable and strategic natural resources, such as natural gas, in the past and geopolitical tensions and resource nationalism could see it do so again,” he said.

“This would lead to much higher prices in a very small, finite physical market that is already in deficit.”

Palladium prices on market have not been this high since 2001. While Palladium’s rise as an investment commodity looks steady in the short term, investor reliance on continued gains for the long term cannot be guaranteed.

Investing in palladium for the long term may prove to be too unpredictable, even comparing its current gains to gold. Investors would be wise to diversify their precious metals portfolio, to cautiously invest less than a few percentage points of their overall portfolio wealth on any precious metals.