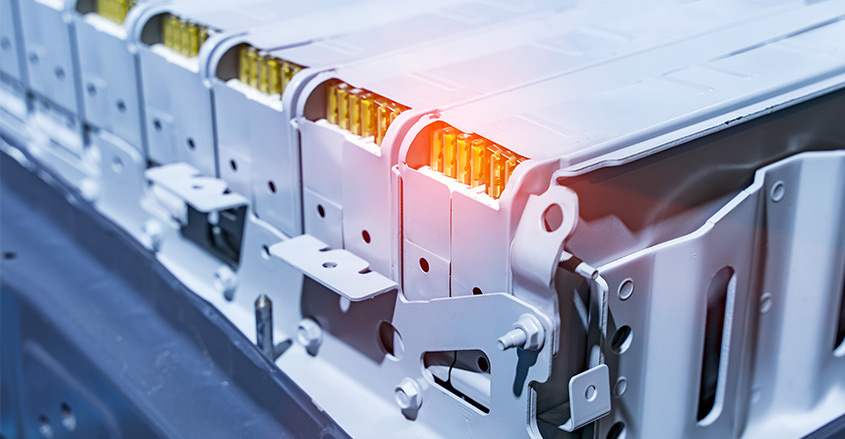 Wall Street analysts have a penchant for jumping on the conventional wisdom bandwagon and reflexively engaging in group think.

One of the most common examples of this phenomenon is the unwavering belief, embraced by investors and analysts alike, that electric or self-driving vehicles are the implacable wave of the future.

But far too many who accept this proposition are unaware of the crucial role certain precious metals play in the economic viability of the large-scale production of electric cars.

One of the most complex technical challenges that continue to plague not only Tesla but other electric car makers is the seemingly insoluble problem of reducing battery costs.

According to management consulting firm McKinsey, batteries account for approximately 35% to 45%, of the total car’s cost. Unless that cost falls, most consumers will continue to prefer cheaper traditionally gas-powered cars.

The difficulty is that lithium-ion electric car batteries contain volatile commodities. Although prices for lithium dropped last year, that metal is clearly susceptible to wild price swings on the international market.

Prices for these components fell last year but they could easily rise once again as capital for extra mining facilities and processing capacity slows.

Many battery-cell manufactures are close to putting plans for expansion on hold and instead concentrating on achieving higher returns on existing facilities. Unless electric car companies can secure a steady supply of these materials at stable costs, large-scale production becomes untenable.

Prices for lithium declined in part due to a massive increase in manufacturing capacity that lowered unit costs, as well as lower prices of key metals such as cobalt, nickel and lithium.

However, the optimism for a continued and stable decline in battery prices is premature. Lithium ion batteries do not follow consumer electronics products declining cost models.

When prices of lithium and other key metals falls, capital for new mining capacity and production evaporates. This raises the question of who will extract the metals from the ground.

In terms of the importance of supply of precious metals, Glencore, a major mining company, offers a cautionary tale concerning the ability of electric car manufacturers such as Tesla to obtain a reliable supply of these metals necessary for battery production.

Glencore is one of the largest producers of cobalt, a key component in lithium ion batteries. The company had planned on capitalizing on the new future wave of electric vehicles.

However, waning demand in the electronics industry caused a 58% drop in the price of cobalt, so Glencore closed one of its cobalt mines in the Congo, removing almost 20% of the world’s supply of this crucial metal for electric battery production.

In addition to lithium and cobalt, nickel is playing an increasingly important role in enhancing existing electric battery design by increasing the amount of charge or voltage capacity a car battery can hold. This advance could help with sales of electric vehicles for those who have doubts about exhausting the car’s battery before reaching their destination.

Batteries with a high nickel content are becoming more popular because of its inherent stability under high temperatures as well as nickel’s resistance to overcharging, according to Wall Street firm UBS.

Tesla has increased the nickel component in its battery packs and reduced the cobalt, allowing it to achieve the highest energy per pound density of any electric-car battery. This all translates to a longer driving range.

At a conference in May, that included miners and lawmakers, a Tesla manager spoke of the importance of continued investment in mining for battery metals as well as its plans to eliminate cobalt entirely.

But, as with cobalt and lithium, it is difficult if not impossible, to insure an uninterrupted supply of this metal at a price that makes the new nickel sulfate battery components cost-efficient.

The other factor that could weigh on the availability of nickel sulfate, now so essential for the production of enhanced-life car batteries, is the continuing trade war that is starting to have an effect on world commerce.

Should commodities prices decline it is not financially feasible for mining companies to continue to extract the precious metals and ores.

Thus, even though many predict unequivocally that electric cars will replace gas-powered vehicles, scant attention is paid to the price-volatility and concomitant supply of these commodities, on the world market.

Without a steady and assured supply of nickel and nickel sulfate production capabilities, current electric battery limitations will persist that will foster a natural cap on demand, due to the common “range anxiety” objection many consumers have toward current electric cars.

The benchmark nickel price, for instance, is historically volatile. It has surged roughly 70% in 2019, to about $18,000 a metric ton, because of a ban on nickel-ore exports from Indonesia that will take effect earlier than traders had expected.

The last nickel boom was triggered and sustained by China’ s industrialization phase. That country’s economic growth sent the price of nickel to $50,000 per ton in 2007, compared with $10,00 a ton only a few years earlier.

Roskill, a commodities consulting firm, anticipates that electric car batteries will account for approximately one-fifth of all nickel demand by 2030, with accelerated demand growth in the first half of the next decade.

Given the unpredictability and historical volatility in the price of these metals in the commodities market, the ability of car manufacturers to secure a reliable, long-term supply of these key battery components remains very much in doubt.