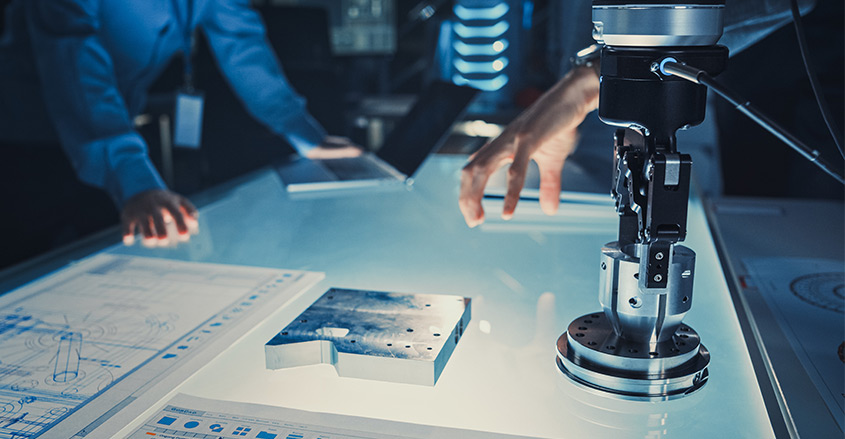 Corporations have always sought to incorporate and leverage novel technological processes to in their business operations. The enhanced efficiency the new techniques provide has always resulted in the elimination of some existing jobs and the creation, over time, of new jobs and business models.

This metamorphosis was characterized by economist Thorstein Veblen as the implacable cycle of “creative destruction.”

For instance, the personal computer revolution eventually eliminated clerical workers and some long-time staple administrative positions, which tended to be at the lower end of the salary scale. Automated phone systems and online interfaces have done away with receptionists and schedulers.

The application of artificial intelligence (AI), computer processing akin to human intelligence and capable of making decisions, is going to have as equally a disruptive impact on the labor force as the PC transformation that preceded it.

The capabilities of AI,  if harnessed as predicted, promises to upend and make obsolete, many current positions in the workforce. Yet this time around the occupations at risk will be white-collar jobs currently held by individuals with advanced degrees and skills.

For decades, those with advanced degrees performed mentals tasks that required highly specialized labor expertise and never had to worry about job security. Before, it was blue collar jobs that were at risk of being eliminated by the introduction of new technology or business techniques.

All that is about to change.

Exactly what is artificial intelligence and why is it such a threat to high-paying jobs?

In general, AI can be characterized as machine learning where the application of specific algorithms to massive amounts of data generated, allows computers to learn patterns and trends in the data that it uses to accomplish specific tasks by trial and error.

AI can process this information more quickly than humans and can digest enormous amounts of data simultaneously while it registers relationships between data and its connection with other information imported into a database.

People employed in high-salary occupations, such as marketing specialists, financial advisers and computer programmers, are especially vulnerable. According to a recent study by the Brookings Institution other at-risk jobs include certain classes of engineers, software developer, graphic designers and optometrists.

Consider a financial advisor, who must determine, as a matter of course, the following information: the overall investment objectives of a client, within the context of his age; the client’s changing financial circumstances over time; his net assets available for investment; that client’s time horizon for long-term investment strategies; and, available investment vehicles that would be suitable at differing points in that client’s lifetime, prior to retirement.

An AI-capable computer could accomplish much of these tasks more quickly and perhaps more accurately than a typical financial advisor. AI could recalculate and refine the critical information should any of the variables change over time and make intelligent projections under various scenarios that incorporate a multitude of changing variables or factors.

AI will have enormous ramifications for other business processes as well. Because of its predictive analytical systems capabilities, the practical business utility of AI is unlimited.

The enormous digital streaming market is ripe for harnessing the benefits of AI. Think of the pertinent movie selections Netflix suggests for you based on your prior viewing habits. Imagine performing that same preference methodology to millions of users simultaneously and you can get some idea of the range of business applications for the technology.

Another potential application for AI would be in the investment management profession. Because of AI’s ability to make connections between massive amounts of data, something impossible for the human brain to process in real time, financial services firms can run simulations on the stock market or data from individual companies or sectors. AI could unearth meaningful trends or relationships between data points that wouldn’t be possible without such machine-learning capabilities.

Many other white-collar positions are at-risk. Consider the routines performed by a marketing research analyst, who examines trends in consumer spending and then discerns patterns in order to recommend an efficient advertising strategy for a certain product such as an automobile or a hit TV series. With its capabilities of processing multiple variable simultaneously with aggregate data, an AI-capable computer could perform these same tasks — without the associated salary and benefits expenses.

Some economists and business consultants predict a radical change in the upper tier of a diverse range of white-collar professions. Richard Baldwin of the Graduate Institute in Geneva argues that AI, in conjunction with existing outsourcing enhanced by novel advances in telecommunications technology, will dramatically reduce white-collar employment.

Baldwin sees both of these factors displacing elite positions in financial services and media as well as architecture and law. Already, AI is close to reading radiology results better than human doctors.

A Brookings Institute study found that those with bachelor’s degrees are five times as likely to be exposed to some disruptive effect of artificial intelligence, as those with just high-school diplomas. For upper wage earners, here is a staggering statistic — those individuals with the highest exposure are in the 70th to 90th percentile of wage earners.