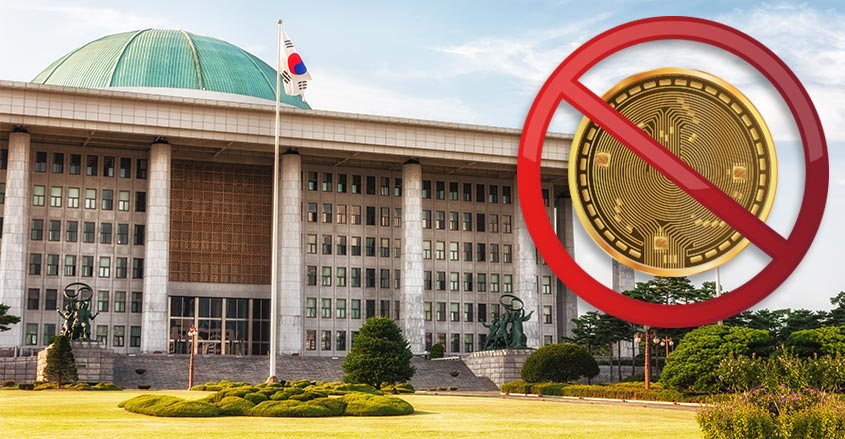 There has been another twist in the South Korean government’s outlook on cryptocurrency.

This time the news is negative, but altogether not too surprising: All South Korean government officials have been banned from holding and trading in any cryptocurrency.

South Korea is the world’s leading cryptocurrency market behind the United States and Japan.

The news was first reported by news outlet Maeil Business. This is believed to be the first time that a government has outright banned public officials from dealing in virtual currency.

The ban came down from the Ministry of Personnel Management in a document entitled “Virtual Currency Holdings and Transaction-Related Information for Civil Servants.”

It states that any South Korean public official found to be holding or trading in cryptocurrency is “in violation of the prohibition of forbearance obligations under the civil servants’ law.”

Furthermore, the ban states that disciplinary action may be taken against public official who is found to be in violation of the ban, and that consequences will be more severe for officials who are found to be taking place in these banned activities during business hours.

“The disciplinary issue is not a quantitative cut, but a problem of interpretation of the law. Each ministry should judge the possibility of discipline,” the document said.

The statement explicitly makes the ban against holding or trading in cryptocurrency applicable to all government ministries.

“Even if there is no job relevance [public officials] could be subject to discipline,” it reads.

According to Maeil Business, the ministry in charge of public officials will responsible for dealing out the discipline that they deem appropriate.

Other South Korean government agencies, such as the Financial Services Commission (FSC) and the Trade Fair Commission, have already issued warnings to their employees that they should not be taking part in any cryptocurrency trading activities.

The head of the Office for Government Policy Coordination, Hong Nam-ki, has issued a similar warning.

In December 2017, the crypto world reacted in bewilderment as a rumor started to spread that the South Korean government was thinking of unconditionally banning all cryptocurrency.

In January 2018, South Korean officials from the Financial Supervisory Service (FSS) were accused of insider trading. The chief of the FSS, Choi Hyung-sik, later confirmed these accusations.