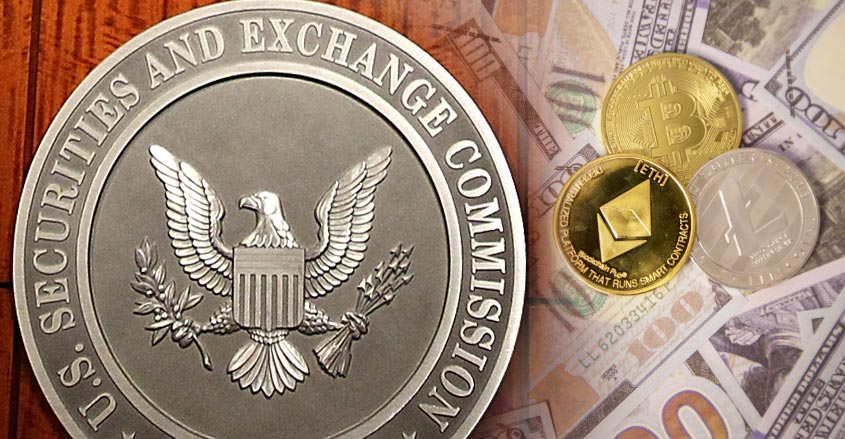 What’s in a name? Perhaps a significant amount of market cap for cryptocurrency investors.

As Bitcoin and other coins slid in value overnight, the question about the actual purpose of cryptocurrencies is more vital than ever.

Cryptocurrency exchanges are now required to register with the U.S. Securities and Exchange Commission — if the SEC determines their digital assets to be securities, that is, a form of investment rather than a means of exchange.

The federal agency said in a statement that SEC registration will be required for “a platform [that] offers trading of digital assets that are securities and operates as an ‘exchange, as defined by federal securities laws.’”

SEC staff are concerned about “platforms that refer to themselves as ‘exchanges,’ which can give the misimpression to investors that they are regulated.”

The difference between investment and a real currency is huge, and it suggests that gains to be made from initial coin offerings (ICOs) could be limited.

Crypto enthusiasts want coins to become money, but crypto investors want eye-popping returns. It’s not clear they can have both.

Which cryptocurrencies the SEC might label as securities is a matter of speculation.

Spencer Bogart, partner at Blockchain Capital, believes that Bitcoin is least likely among all cryptocurrencies to be regulated as an investment security by the SEC.

Bogart believes that the many smaller so-called “alt-coins,” however, could be considered as securities.

Whether digital assets qualify as securities commonly depends on “The Howey Test,” which arose from a U.S. Supreme Court ruling in 1946.

The ruling defined a security as an investment of money in a common enterprise by an investor who expects to profit mainly from the efforts of others.

The SEC registration requirement emerged as initial coin offerings proliferated and enriched cryptocurrency exchanges that list those ICOs on their trading platforms.

Business Insider recently reported that cryptocurrency exchanges are charging as much as $1 million to list ICOs, more than most stock exchanges charge to list an IPO of a stock.

Cryptocurrency exchanges charge ICO listing fees that top out at $1 million but start as low as $50,000, according to Oliver Bussmann, who advised high-profile blockchain currency projects as IOTA and Ripple.

Binance is one of the largest cryptocurrency exchanges in the world, handling $1.7 billion of trading volume every 24 hours, according to crypto research firm CoinMarketCap.com.

The research firm maintains a list of nearly 200 exchanges ranked by trading volume, most of them much smaller than Binance. For example, tenth-ranked Bitstamp has about a sixth of the trading volume that Binance handles.

For example, neither cryptocurrency exchange Coinbase nor an affiliated exchange called GDAX have platforms designed to support ICOs.

For sponsors of initial coin offerings, the better exchanges are the ones that have bigger pools of liquidity.

More liquidity means more buyers to lift the market value of coins closer to its potential.