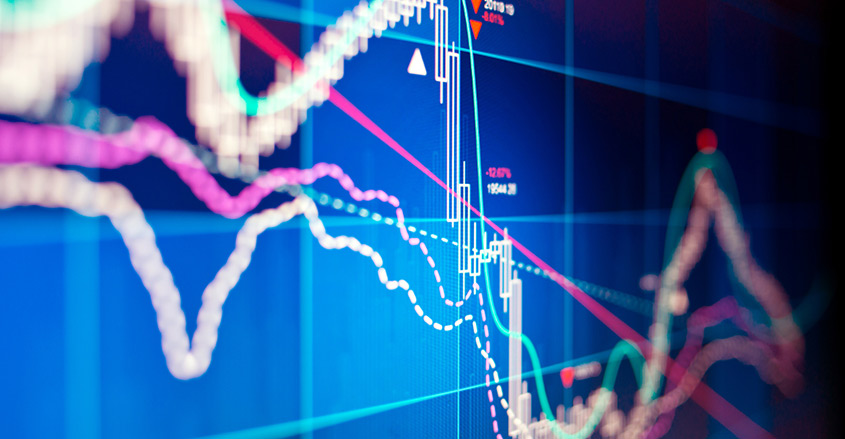 After warning subscribers repeatedly over the past few months that stock prices in general likely would trend lower during the ensuing months, the Dow Jones Industrial Average fell by a whopping 879 points (3.4%), while the S&P 500 Index and Nasdaq Composite Index also fell by 3.4% and the small-cap Russell 2000 Index declined by 4.6% over the two days ended December 6.

That’s after stocks peaked on October 3 of this year, a likelihood of which I warned subscribers in both the August and September editions of Small-Cap Profit Confidential.

The U.S. housing market continues to weaken and manufacturing activity around the world is slowing. I expect stocks in general to continue to trend lower over at least the next few months.

In regard to significant economic developments in the United States, data released by the National Association of Homebuilders (NAHB) and the U.S. Department of Commerce during the third week of November suggest that economic activity in the country’s housing market will continue to weaken during the months ahead.

Specifically, the National Association of Homebuilders reported on November 19 that its Housing Market Index declined during the first half of November to the lowest level since August 2016. This index reflects recent sales of newly-constructed U.S. homes, homebuilder expectations regarding sales of such homes over the ensuing six months, and recent interest expressed by prospective buyers of new homes.

In addition, the National Association of Realtors reported on November 29 that the number of contracts signed by prospective buyers of previously-owned homes (pending home sales) declined during October to its lowest level since July 2014. The decline suggests that sales of such homes probably continued to trend lower during November.

Separately, the U.S. Department of Commerce reported on November 20 that initial work on the construction of new, privately owned U.S. homes (new housing starts) declined by 2.9%, while the number of building permits issued for new housing starts declined by 6% during October compared to the same month a year ago.

In addition to the recent weakening in the U.S. housing market, and a likely continuation of that weakening, economic activity in the manufacturing sector of the U.S. economy appears to be slowing.

The U.S. Department of Commerce reported on November 21 that new orders for durable goods (i.e. furniture, household appliances and business equipment) placed at U.S. factories declined during October for the second consecutive month, the latest month for which data are available. The measure is falling at the fastest month-to-month pace since July 2017. In addition, Commerce reported on December 6 that new orders for both durable and non-durable goods declined sharply during October.

The recent deterioration in the U.S. housing market and in the manufacturing sector are significant because economic activity in those markets historically has served as a reliable leading economic and stock market indicator.

In significant economic developments, the U.S. Department of Commerce reported on November 21 that new orders for non-defense capital goods, which serve as a proxy for business fixed investments, declined during October for the third consecutive month. That’s a significant negative development because the U.S. economy tends to move in the same direction as business fixed investments, which accounts for approximately 16% of GDP.

Separately, the Federal Reserve reported on November 23 that the year-over-year rate of increase in bank loans slowed for the fourth consecutive month during October, indicating that U.S. businesses and households have become less optimistic about the future direction of the economy. People tend to reduce borrowing during periods when they’re concerned about the future economic environment.

The U.S. unemployment rate, a lagging economic indicator, declined during October to the lowest level since December 1969. However, leading indicators for the U.S. employment market suggests that the country’s employment situation will worsen during the coming months.

For example, The Conference Board reported on October 31 that the number of job advertisements placed by U.S. employers on Internet web sites declined by 267,319 during October.

Separately, the U.S. Department of Labor reported on December 7 that the number of overtime hours worked by manufacturing production employees, which historically has served as a reliable leading economic indicator, declined sharply over the past several months, falling during November to its lowest level since January. Labor reported on November 6 that the number of job openings at U.S. companies declined by 284,000 during September, the latest month for which data are available.

Based on this data, there’s a good chance that U.S. employers will add substantially fewer people to their workforces during the coming months.

Of utmost importance, the after-tax profits of U.S. companies is likely to increase at a substantially lower rate during the coming year than during 2018. In 2018 such increases were due largely to a 40% reduction in the effective corporate tax rate. Going forward, 2019 profits will be computed at the same effective tax rate as during 2018.

As a result of the negative economic and corporate earnings factors and developments mentioned above, I expect U.S. stock prices in general to continue to trend lower over the next few months.

Looking further out, my research indicates that the U.S. economy will not enter into a recession anytime soon and that the country’s pace of economic growth will likely increase during the third or fourth quarter of 2019 after slowing considerably over the next few quarters.