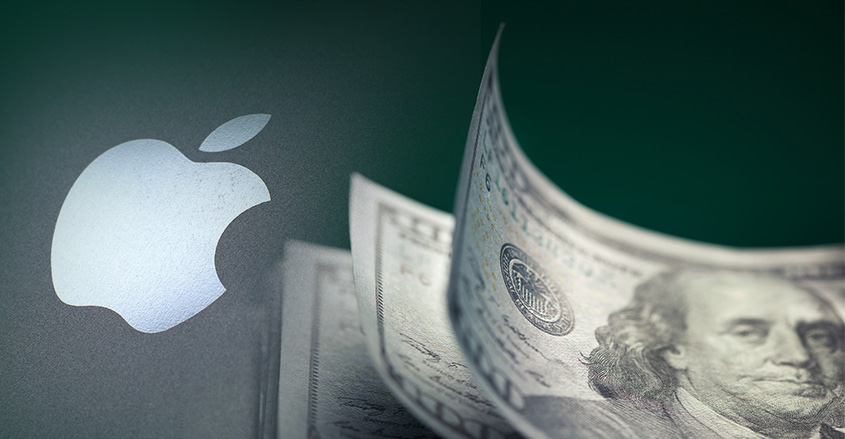 Apple Inc. is one of five popular technology stocks popular with investors primed to hit $1 trillion in market capitalization value.

Morgan Stanley analysts believe that Apple specifically will pass the $1 trillion mark sometime within the next year.

As of June 1, 2018, Apple had a valuation of about $935 billion. Financial experts believe that it won’t take long for Apple to hit that number.

“At this point it starts and ends with the services business,” says Angelo Zino, an analyst at investment research company CFRA.

“As long as the iPhone business can even be maintained at current levels, the free cash flow it generates can be invested in other businesses,” Zino adds.

Apple’s services business grew more than 23% in final quarter of fiscal year 2017. It grew by more than 31% in the second fiscal quarter year of 2018, ending in March.

Katy Huberty, a Morgan Stanley industry analyst, believes that Apple’s services business will grow to 27% by 2022.

Huberty believes that, by that time, the company’s services business will contribute more than 40% of its gross profit.

At the time of this writing, Apple stock shares were trading at about $183 a share.

Apple shares would need to trade at about $197.23 a share for the company to reach the $1 trillion capitalization mark.

Jim Cramer of CNBC fame calls the five companies in the running for $1 trillion valuation the “FAANG five.”

Investors pay attention to FAANG companies because of their outsize influence on the markets.

As of May 2018, stocks from information and technology companies contributed more than 76.5% of S&P 500 returns.

However, most of the FAANG companies, save Apple, have some ways to go to get to $1 trillion.

Netflix has a $150 billion market capitalization valuation, while Facebook stands at $540 billion. Amazon has a market cap of $796.5 billion, while Google stands at $782.9 billion.

Some experts believe however that the $1 trillion valuation mark is just inconsequential hype.

Hitting the mark will not change Apple’s current business practices or demand for its products, the argue.

Even though it would be a milestone, it still makes sense to primarily monitor the revenue and profit growth of a company as an indicator of success.

Apple, for its part, is expected to report 13.8% in revenue growth in the current fiscal year.