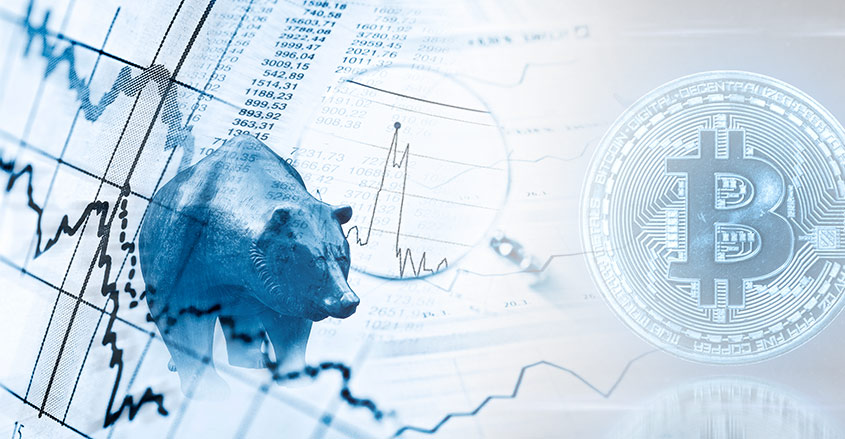 The Dow is now more than 2,000 points off its Jan. 26 all-time high. Meanwhile, Bitcoin is down dramatically form its mid-December peak.

A sustained selloff in the stock market certainly would clarify the correlation between the prices of equities and cryptocurrencies, analysts predict.

Despite the apparent synchrony between crypto and stocks since the beginning of 2018, some believe cryptocurrency valuations would rise if the value of the Dow Jones Industrial Average and other broad indices of the stock market fell 20 percent, signaling a bear market.

Yet the recent downturn doesn’t constitute a bear market yet, and there is little evidence that investors are moving their money from stocks to Bitcoin, according to Mati Greenspan, senior market analyst of multi-asset brokerage firm eToro.

Most of the selling pressure in the stock market comes from institutional investors and investment software programs, Greenspan says. Individual investors might seek safety in digital assets if the stock slide worsens, but that’s not yet clear.

Cryptocurrency can be compared to gold and other precious metals because it is “a non-correlated asset,” valued independently from the securities markets, said Travis Parker, COO of Ira Bitcoin LLC.

A growing preference for alternative assets among investors thus could give cryptocurrency a glow comparable to that of precious metals, Parker said.

Still, a real bear market in stocks might pressure investors to sell “all highly appreciated assets,” including cryptocurrency. During the 2008 debacle, for instance, nearly every traditional asset class suffered in the panic.

A Wells Fargo analyst warned earlier this year that a selloff in the crypto market could slop over into the stock market.

The cryptocurrency market has “a lot of froth … If and when it comes out, it will spill over into equities,” Christopher Hayes of Wells Fargo Securities said in January interview on CNBC.

Gold works better than bonds as a safe haven amid stock market volatility, according to Ron Smith, director of trading at GSI Exchange.

Another advantage of gold is long history as a “non-correlated asset,” meaning prices tend to move in the reverse direction of stock prices, Smith said.

Plus, while Bitcoin is existed for approximately a decade, gold has “10,000 years of monetary history behind it, and is universally accepted,” Smith said.