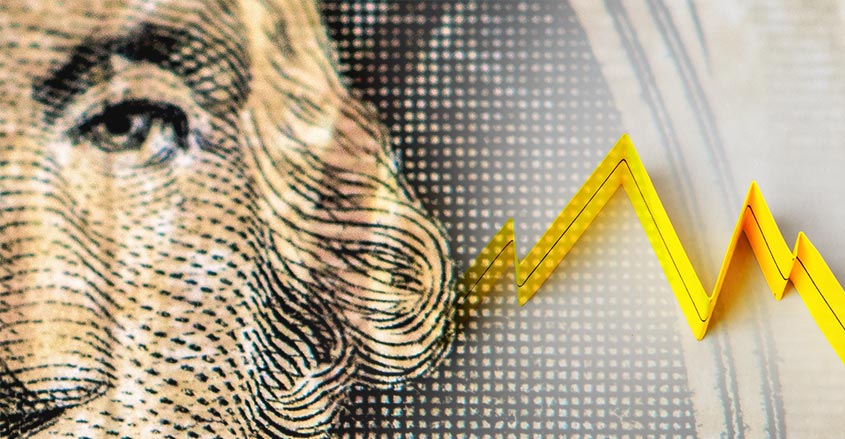 While, there’s no denying that the U.S. economy is currently strong, experts warn that there may be trouble ahead.

In order to understand these risks, one has to take an in-depth look at the chief economic indicators and truly understand what they convey about America’s financial future.

For example, while it is notable is that while some believe that the unemployment rate could drop to 3.6% in 2020 — far better than the Federal Reserve prediction of 6.7% — consider what types of jobs make up that work pool.

A large part of that workforce growth, in fact, is part-time employment predominantly in low-paying industries such as retail and food service.

The Federal Reserve also states that many who were laid off from high-paying jobs have been out of work so long that they will never return to the salary level that they left.

This indicates that structural unemployment, the specific problem of mismatches between talent and the economy, is a lot higher than general unemployment.

It’s also important to note that many of those that are employed in low-paying retail and food service jobs make up a large portion of those on welfare.

So, while the jobless rate is going down, the rate of those receiving government benefits is not.

Meanwhile, Paul Ashworth, the chief U.S. economist for Capital Economics, warns that the fiscal stimulus provided by the recent Trump tax cuts will provide only a one-off boost to the economy.

Over the long term that boost will fade away, echoes U.S. economist Michael Pearce.

“The Fed’s economic projections, which envisage the economy growing above trend all the way out to 2020, strike us as far too upbeat,” Pearce wrote in a recent note to clients.

“The fiscal stimulus will provide a one-off boost to incomes and spending, but unless it expands the supply capacity of the economy, growth will inevitably fall back.”

One of the primary reasons for this fiscal stimulus fade is that corporations are not using the money they’re saving from the tax reform to make more investments or hire more people.

Another key economic indicator is job gains by industry.

While the healthcare industry is continually adding 150,000 jobs, other industries are adding little to no jobs.

For example, the manufacturing industry is hiring the fewer employees than it did in 2006, a trend that is predicted to only get worse in the coming years.

When you look at these essential economic indicators, it’s easy to see that we may be headed for problems as early as 2020.

How serious these problems will be will depend on how policymakers respond to conditions then, and a number of variables unknowable in advance, such as the interest rate, the level of the stock market, trade and the economies of other countries.