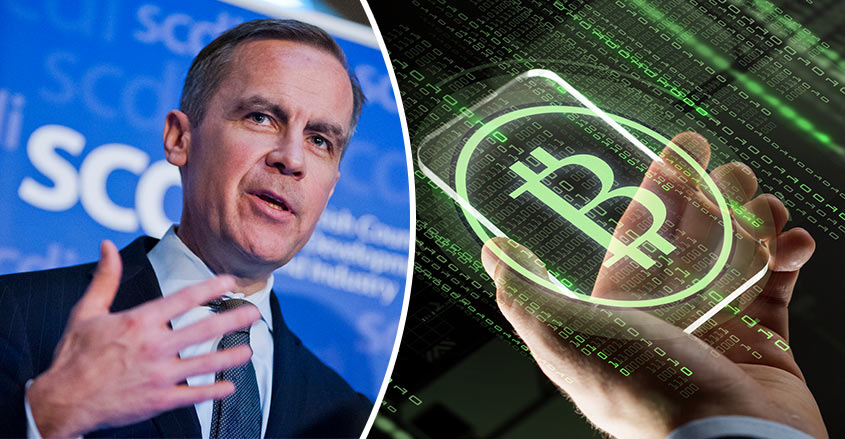 One of the world’s most influential regulators would like to end secrecy in cryptocurrency markets.

Speaking to Parliament, Bank of England Governor Mark Carney acknowledged that cryptocurrency payments seem to be useful mostly for illegal transactions, thanks to anonymity they grant users.

The British bank chief called for ending the ability for users to hide their identities from authorities.

“A lot of the underlying use for these currencies has been illicit activity, particularly money laundering,” Carney told a committee of lawmakers.

Anonymity means that by using cryptocurrency you are “potentially closing a chain which at somewhere along it had some illicit activity,” he said.

“One doesn’t have anonymity for bank account transactions, why would you for cryptocurrency transactions?”

Carney is the chair of the global Financial Stability Board. The FSB was established in April 2009, in the aftermath of the global financial crisis, to promote reform of financial regulation.

European Commissioner for the Euro and Social Dialogue Valdis Dombrovskis warned that the EU must be “vigilant” and prevent cryptocurrencies from becoming a method of “unlawful behavior.”

Dombrovskis recently acknowledged that “this means less anonymity and more traceability through customer identification and strong due diligence.”

“So we encourage all member states to transpose these new rules, as I said agreed last month, as quickly as possible.”

At least one other country has already taken steps to rein in the use of cryptocurrencies: South Korea recently ended anonymous trading.

New rules require all South Korean cryptocurrency traders to verify their identity before completing a trade. The regulations are expected to ensure taxes are collected on traders’ profits and reduce the potential for money laundering.

There is little debate that cryptocurrencies are used in illegal activities.

A recent paper estimated “that approximately one-quarter of Bitcoin users and one-half of Bitcoin transactions are associated with illegal activity. Around $72 billion of illegal activity per year involves Bitcoin, which is close to the scale of the U.S. and European markets for illegal drugs.”

At the same time, regulators understand the importance of the new markets.

Dombrovskis wants “Europe to embrace opportunities of blockchain” and Carney noted that “at the G-20 level, we face some decisions in the future about to what extent should cryptocurrencies in general — and Bitcoin is included in that — should they be integrated into the formal financial system. How easy should it be to convert Bitcoin into sterling or dollars.”

The G-20, or the Group of 20, includes 20 of the world’s leading developed and emerging economies. These countries account for about 85% of world GDP and represent about 65% of the world’s population.