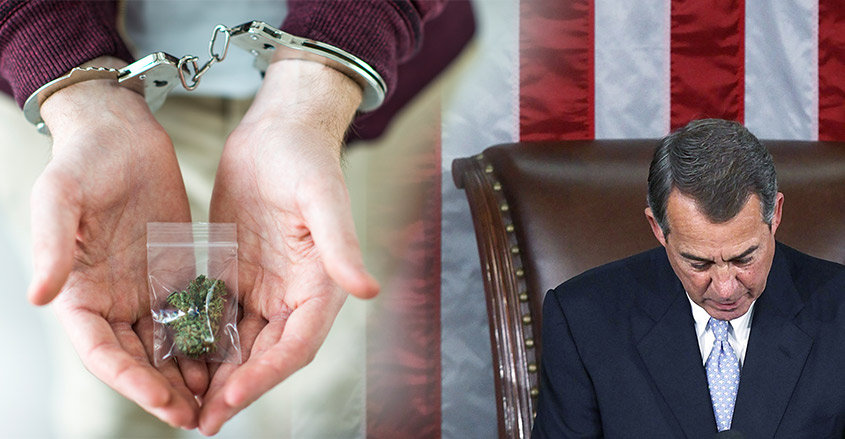 John Boehner is joining the board of Acreage Holdings, one of the biggest U.S. cannabis companies and one that aims to profit from selling marijuana products as the states relax regulation, despite current federal prohibition.

Prior to taking up the job of selling cannabis to Americans, former GOP leader Boehner was one of the most influential individuals in national politics as the Speaker of the House.

As GOP leader, of course, he strongly supported anti-pot policies.

While he held that top political job position from 2011 to 2015, as many as 420,000 Americans were arrested for selling and trafficking marijuana.

Boehner now says that his views on marijuana legalization have “evolved.”

Nobody knows why Boehner’s views on marijuana have evolved. But at least now it is clear that he stands to make a lot of money from marijuana sales.

Boehner’s views seem to have evolved to the point where he believes “the time has come for serious consideration of a shift in federal marijuana policy.”

Unfortunately, Boehner’s change in views has occurred too late for at least 15 million Americans arrested for marijuana related offenses since 1980, when the War on Drugs born in the Nixon era really got traction under President Reagan.

While a prominent pot advocate today, Boehner had rejected its legalization when he was the Speaker of the House.

Now he sounds like a pro-marijuana reformer, bent on softening laws that have sent millions into the penal system.

“When you look at the number of people in our state and federal penitentiaries, who are there for possession of small amounts of cannabis, you begin to really scratch your head,” he told Bloomberg News.

“We have literally filled up our jails with people who are nonviolent and frankly do not belong there.”

Along with Boehner, former governor of Massachusetts Bill Weld will also join the board of directors at Acreage.

The company’s CEO Kevin Murphy said that these two prominent members of the board will support the case of cannabis legalization “by changing the conversation overnight.”

In 2016 more Americans were arrested over marijuana than for rape, murder, aggravated assaults and robbery put together, according to crime data published by the FBI.

Possession of pot continues to be one of the single biggest arrest categories across the country, accounting for more than 5% of the arrests in 2016. This amounted to more than one arrest per minute involving cannabis possession.

National polls show that support for legalization of recreational pot currently stands at more than 60%.

However, the figures released by the FBI a few months ago show that, at least at the national level, pot policing has not significantly changed in states that have not yet legalized recreational use of the drug.