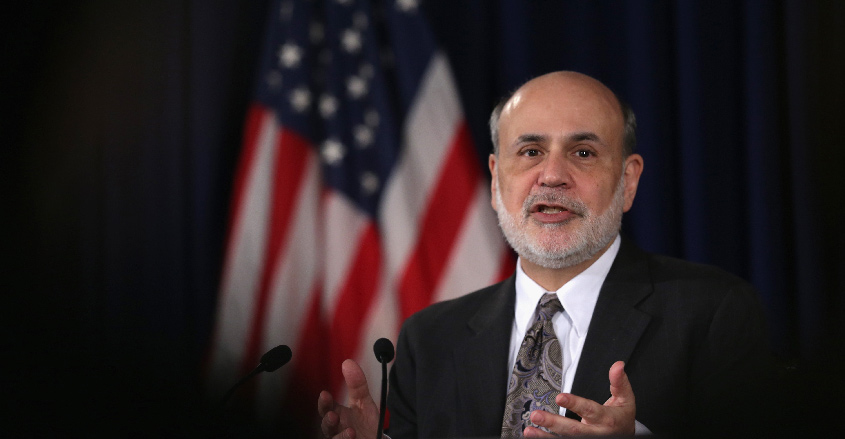 Former Federal Reserve Chairman Ben Bernanke, who oversaw the economy during the Great Recession and lowered interest rate to zero in response, warns that the enormous Trump tax cuts are likely to push the economy off a cliff — then it falls to the bottom like the cartoon character Wile E. Coyote.

What has Bernanke worried is that Congress waited until the economy looked healthy and then put the pedal to the floor with massive corporate tax cuts and a burst of spending.

Tax cuts and increasing spending fuel growth, but at the expense of rising inflation and an increased risk of recession.

“What you’re getting is stimulus at the very wrong moment.”

The unemployment rate is 3.8%, the lowest in half a century. Stimulating the economy further could overheat it, ending the recovery prematurely.

Furthermore, Bernanke warned, Congress has left itself less room to borrow money to combat the next recession by expanding the federal deficit.

Then there is the challenge of preventing a unpleasant crash once the good feelings from the tax cuts dissipate.

“It’s going to hit the economy in a big way this year and next. And then in 2020, Wile E. Coyote is going to go off the cliff and look down.”

Bernanke made the comments at an event called “Lessons Learned From 10 years of Quantitative Easing.”

Other major central banks around the world carried out parallel unprecedented expansions of their balance sheets as well.

Various economists have warned of the increased risk of a recession by the time of the next major U.S. election in 2020.

Raising interest rates is an extremely tricky business and very hard to time. Raise too slow and  inflation gets a foothold. Inflation during the 1970s created havoc in the U.S. economy for years.

It wasn’t until the summer of 1981 that Paul Volcker, the Fed Chairman under President Reagan, took action to stifle inflation by raising rates dramatically.

A stiff recession resulted, leading to 10% unemployment and demonstrations against the Fed and Congress.

Nevertheless, that shock therapy is broadly credited with setting the stage for a subsequent 30-year U.S. boom which, despite the dot-com crash and 2008 financial crisis, has been a hugely positive force in the lives of millions of Americans.

Low unemployment, rising wages (which have yet to be seen), inflation (still low), and the boost from tax cuts and still-low interest rates can combine to give the economy a sugar-high boost.

Until things start to go wrong and we end up falling off the cliff, coyote-style.

“It’s just the time when it feels like all is going fabulously that we make mistakes, we overreact, we overborrow,” Mark Zandi, chief economist of Moody’s Analytics, told USA Today.