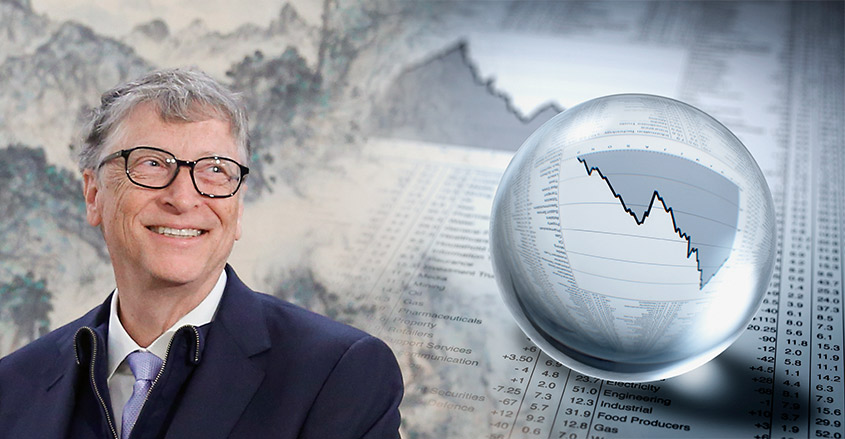 Microsoft founder and billionaire Bill Gates (net worth $91 billion!) thinks it’s guaranteed that the world there will face another major financial crisis, maybe even one worse than 2008.

He just can’t say when.

The tech titan, philanthropist and Warren Buffett confidant offered this alarming assessment during a Reddit “Ask Me Anything” session last week

Gates was asked if he thought the United States would see another major financial crisis.

The answer: “Yes. It is hard to say when but this is a certainty.”

Looking back, the impetus for the recent financial crisis of was due to the subprime mortgage market in the United States, but it quickly grew into the Great Recession.

The effects of the credit crisis soon became the worst economic collapse since the Great Depression.

The 2008 debacle left America with millions out of work and many are still trying to deal with the aftershock. In more than a decade since the recession, shockingly, one in three Americans haven’t recovered financially.

Roughly 8.7 million jobs were lost in February 2008 to February 2010 and the economy shrank by 4.2%. Interest rates adjusted for inflation went negative and remained at near zero for a decade.

On a far more positive note, Gates does also predict that “most American children are going to live far better than their parents did.”

“Large gains in the living standards of Americans will continue for many generations to come,” Gates predicted.

While you shouldn’t be overly concerned about Gates’ assessment, you should definitely take it into consideration.

As for the current state of the economy, Warren Buffet argues that your best strategy would be to buy and hold stocks long-term.

Don’t watch the market too closely, Buffett advised investors worried about their retirement savings during the 2008 collapse.

“If they’re trying to buy and sell stocks, and worry when they go down a little bit and think they should maybe sell them when they go up, they’re not going to have very good results,” Buffett said.

In short, Buffett says don’t mess with your stocks throughout market drops, even steep ones like 2008.

“If you aren’t willing to own a stock for 10 years, don’t even think about owning it for 10 minutes,” Buffett says.