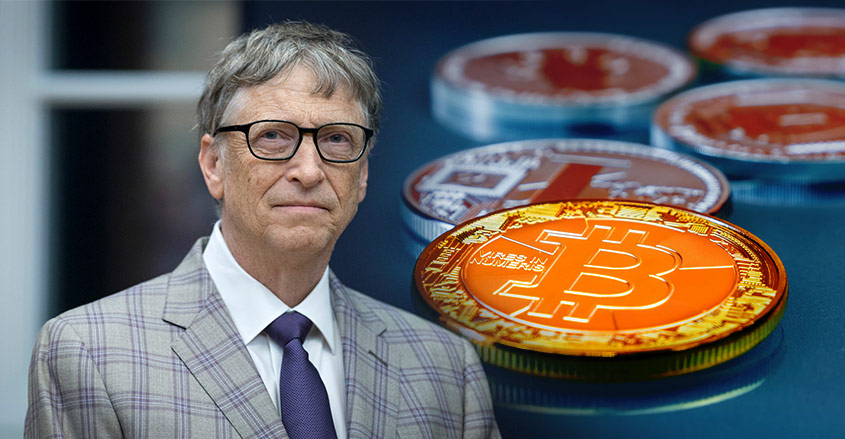 Microsoft Founder Bill Gates has a lot of opinions, many direct and unflinching — as you might expect from a tech billionaire.

His latest, shared in a Reddit “ask me anything” exchange: Cryptocurrencies are deadly.

“The government’s ability to find money laundering and tax evasion and terrorist funding is a good thing,” he wrote.

“Right now, cryptocurrencies are used for buying fentanyl and other drugs, so it is a rare technology that has caused deaths in a fairly direct way.”

To combat Gates’ bold claims, one Reddit user pointed out that plain cash could be used for the same things.

Gates responded by saying, “Yes — anonymous cash is used for these kinds of things, but you have to be physically present to transfer it, which makes things like kidnapping payments more difficult.”

Experts in cryptocurrencies have come out against Gates in an intense fashion.

“I’m starting to think the criteria for being old and rich is hating crypto.”

Then he spewed the normal nonsense about funding terrorism & money laundering.

He argues that once you’ve built up an emergency fund, it’s ok to put up 10% of your savings in high-risk ventures like Ethereum or Bitcoin.

However, you’ve just “got to pretend you’ve already lost your money,” Cuban told Vanity Fair, adding that it’s the investment equivalent of throwing “the Hail Mary.”

Historically, Gates has been fairly supportive of Cryptocurrencies like Bitcoin. In 2014, he was quoted saying that Bitcoin is “better than currency.”

However, it appears as if his stance has changed when he said that the main benefit of Bitcoin is its “anonymity.”

Cryptocurrencies don’t reveal the name of their holders in a way that a credit card statement might, making it easier for illegal transactions to transpire leaving a paper or even digital trail.