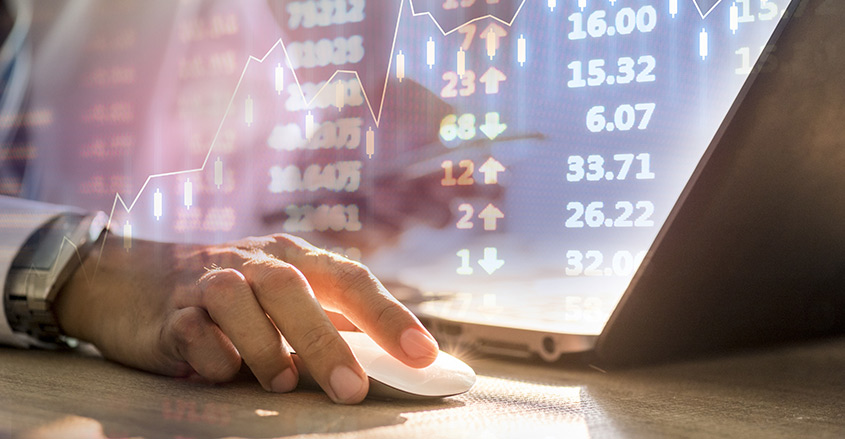 During a speech at the World Economic Forum in Davos, Switzerland, Seth Klarman, one of the most successful investors in the world, raised concerns about a number of factors that could adversely impact the direction of the world economy.

He also suggested that undue investor optimism, particularly in the United States, might not be warranted as financial markets could be sailing into uncharted waters.

Klarman reiterated some of these forebodings in his 2019 letter to investors, an annual memo addressed to limited partners of his Baupost hedge fund,

In the letter, Klarman addressed several notable areas of concern.

Klarman notes the past year has seen an increase in volatility as uncertainty about a number of factors becomes more as heightened.

Increased vacillation in the market reflects investors concern over the continuing trade dispute with China and the direction of the short-term interest rate policy of the Federal Reserve.

Short-term movements in the market, Klarman wrote, are an indication of investor expectations that the Federal Reserve will continue to cut rates indefinitely.

Similarly, investor belief in the inevitability of an eventual trade rapprochement with China have become increasingly untethered to reality, resulting in daily gyrations in the market upon any sign, however insignificant, of resolution.

Klarman predicts that both of these factors ensure instability in the market and continuing volatility:

“Last year once again demonstrated that markets can be confoundingly fickle. Well-known conditions and widely anticipated events, such as Federal Reserve rate hikes, ongoing trade disputes, and the unsettling behavior of an erratic president, were shrugged off by the financial markets one day and driving markets down the next.”

Klarman further notes in his letter that volatility risk will remain higher than normal:

The economic and military hegemony of the United States acted as a guarantor of the post-WWII period of international peace and stability. As such, it is based upon the twin pillars of free trade and U.S. engagement in the economic and political world order.

As the U.S. begins a period of isolationism, induced in part by two large-scaled interventions in Iraq and Afghanistan, Klarman warns that a vacuum in world leadership is being created.

Yet the likelihood of an increase in foreign and strategic military competition between China and the United States seems to have induced a collective yawn on the part of investors in U.S. and European markets.

Klarman argues that current signs are potentially ominous. “As the post-World War II international order continued to erode, the markets ignored the longer-term implications of a more isolated America, a world increasingly adrift, and global leadership up for grabs,” he writes.

Not only is the potential for military conflict heightened, but formerly stable international institutions and alliances have been challenged and torn asunder.

Brexit, questions about the legitimacy and viability of the European Union, as well as long-standing trade agreements and the rise of domestic populism in many countries, all have challenged the tranquility of the post-War international equilibrium.

Klarman warns that it should be cause for alarm that the markets seem to accept these destabilizing events with equanimity:

”For the first three quarters of 2018, the markets more or less shrugged off a steady barrage of troubling economic and political developments, including escalating White House-driven trade feuds with, first Mexico and Canada, and then China, leading to the mutual imposition of higher tariffs. Turkey was forced to substantially devalue their currency as a result of twin deficits (trade and government) that led to an overheated economy.”

With the continuation of a unipolar world order very much in doubt, investors who are not cognizant about the growing risks presented by such an upheaval may be in for a rude awakening, Klarman maintains.

Klarman also warns about the United States is heading into uncharted economic waters. Negative interest rates in Europe have prevailed for over a decade.

In essence,  investors there have been paying sovereign governments to hold their money until the debt instrument comes due.

“In Europe, interest rates remain at historically low levels, with over $4.7 trillion of sovereigns still offering negative rates as of year-end, but the European Central Bank announced the completion of its almost four- year long program of net asset purchases in December.”

The Federal Reserve began cutting rates at the beginning of the year without interruption. Klarman thus asks the prescient question: With interest rates already at historically unprecedented low levels, how much more can the Fed continue to cut before they reach zero?

In short, there is the very real prospect of negative rates coming to the United States. What happens to the markets when this anomaly takes hold here?

Klarman ominously notes that there is no historical precedent for such an unparalleled Central Bank easy-money policy:

“In Europe, interest rates remain at historically low levels, with over $4.7 trillion of sovereigns still offering negative rates as of year-end, but the European Central Bank announced the completion of its almost four- year long program of net asset purchases in December.”

Who can predict the ultimate effect such unorthodox and untried monetary policy will have on the economy?

“Even though everyone knew it was coming, the end of low rate policies and planned reduction of central bank balance sheets is far from a risk-free endeavor, since these policies are unprecedented in scale, and such an unwind has never before been attempted.”

Should investors still basking in the adulation of a 10-year long bull market that continues to have legs?

Klarman warns that no one knows what will happen if rates should rise or other unforeseeable events occur.

“There should be concern about symmetry: If lowering interest rates coupled with central bank asset purchases stimulated economic expansion and a bull market in stocks and bonds, will raising rates drive a reversal? If the market’s reaction to the Fed’s December rate hike is any indication, the path to normalization of interest rates and of central bank balance sheets is going to be rocky indeed.”

Given the current tumult in the international order, uncertain political effect from resurgent populism and implementation of untested monetary policy, intelligent investors must be especially vigilant in these challenging times.