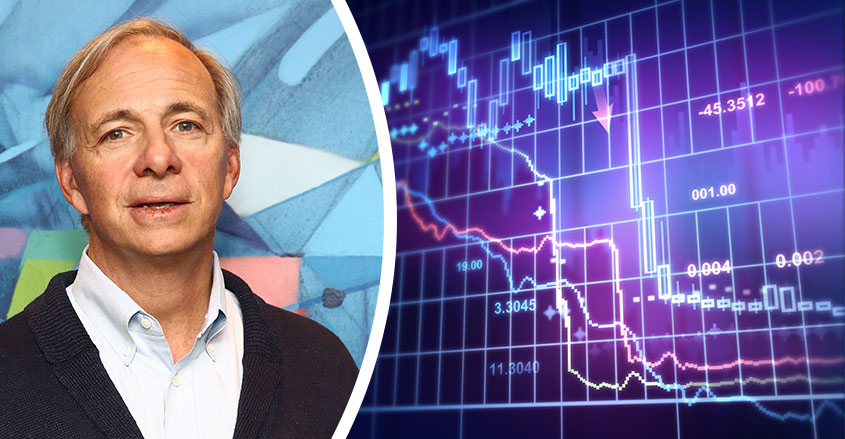 Ray Dalio, a billionaire hedge fund manager followed closely on Wall Street, has laid out his case for a recession in the next 12 to 24 months.

His core reasoning is that the economy is entering the late stages of an expansion, increasing risk that the Federal Reserve may commit a policy error by hiking interest rates too aggressively or too slowly.

A Fed mistake either way could could spark a recession or lead to an new asset bubble, such as the housing collapse or the dot-com bubble and crash before.

Despite the cautious tone, Dalio says that economic fundamentals remain solid and that there is plenty of cash on the sidelines.

Rather than a bold call on market direction, Dalio’s message is that while asset prices can continue higher, strategies that worked in the earlier part of the cycle may no longer work.

Dalio expanded on the late-cycle theme by pointing to recent data indicating that wages and growth continue to come in better than expected.

These figures are leading to upward pressure on bond yields. Higher bond yields are creating disruptions in what had been a placid and gently rising stock market, especially in rate-sensitive sectors.

If these trends continue, it’s possible that the Federal Reserve will hike interest rates at a more aggressive pace than currently expected.

Dalio diagnoses the current market as being “late-cycle” because demand is increasing faster than the economy’s productive capacity.

The economy already shows, he says, a decreased amount of “slack,” a measure of wiggle room for the Fed in planning policy moves to come.

Dalio believes the recently passed tax cuts have exacerbating these trends, given the potential capacity constraints in the economy.

There is an ongoing discussion among investors and observers about the extent of true slack in the economy, meaning how much stimulus can be absorbed without hitting constraints in the labor market.

If those constraints are underestimated, inflation could follow and, subsequently, an accelerated pace of interest rate rises.

Stock price and bond yields can move higher together. Nevertheless, at some point, yields climb to a level where they begin to compete with stocks for capital.

Negative feedback loops could then emerge between the real economy and stock market valuations.

The housing market began to slow and show signs of distress in 2006. Yet the stock market didn’t top out until October 2007. The economy was not formally in a recession until the first quarter of 2008.

Nevertheless, during that same period assets tied to economic growth such as industrial and consumer discretionary stocks outperformed.

On the other hand, lower-volatility assets such as REITs, utilities, and consumer staples underperformed.

One feature of this bull market has been the low-volatility grind higher in stocks with shallow pullbacks.  From a tactical perspective, higher interest rates suggest the pullbacks will be deeper and sharper.

Even if stocks do continue higher, as Dalio expects, higher interest rates will lead to selling pressure in certain sectors, leading to choppier trading.

Stock selection, rather than passive indexing, should be rewarded, Dalio concludes.