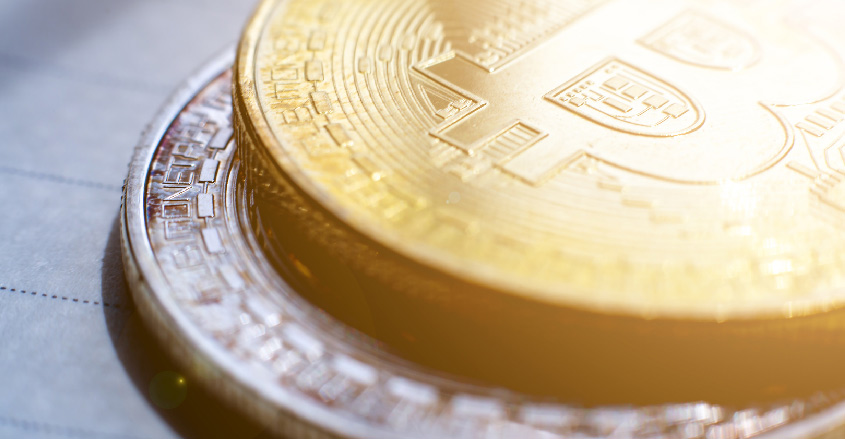 One of the biggest questions that people have had when thinking about cryptocurrencies is “why should I?”

While we can hold paper in our hands, most fiat currencies are just a digital creations that don’t need any labor or capital investment to create the wealth that backs the currency. As for the U.S. dollar, the Federal Reserve simply creates more money with the push of a button.

One could argue the dollar is based on the good faith of the U.S. government to back the dollar.

But do they? When trillions of dollars are created out of thin air, the valuation of the dollar necessarily declines. Since the Federal Reserve was created in 1913 the dollar has lost over 95% of its value.

The devaluation has only accelerated since the dollar lost its gold backing in 1971. Is that good faith support from the government?

In contrast to the dollar, more Bitcoins (BTC) can’t be created without working for it. Its supply is limited to 21 million, of which about 18 million has been “mined” thus far through the use of computers solving complex equations.

It will take more than 100 years before the final coin is mined, which means new supply is going to grow minimally from now on. In the meantime, demand for cryptocurrencies is growing rapidly. Instead of a currency that is losing its value (as are almost all fiat currencies), the scarcity of BTC and other cryptocurrencies means that they should increase in value.

As to the second question, about what BTC can be used for, many wonder if there’s any value other than simply holding onto it in expectation of an increase in its value.

Most of our financial transactions are now digital. Direct deposits, credit card purchases, money transfers, you name it, almost all of it is now done digitally. Most of us carry around very little cash these days.

The COVID-19 crisis accelerated the move toward digital transactions. I’m sure most of you have seen signs at store registers that say there is a shortage of coins in the United States. So we’re asked to use a an electronic payment method instead of cash.

Some people are now even reluctant to touch “dirty” money due to COVID.

Moving to a 100% digital currency such as BTC is a natural progression. BTC was first introduced in 2009 as a result of the financial calamity that followed the 2008 housing and banking crisis. It was considered “geeky” for a few years.

But now, following the second banking crisis in early 2020 as a result of COVID-19 policies, BTC is much more mainstream. Major banks are supporting it. Tens of thousands of merchants are accepting crypto payments.

There’s no question that 2020 has been the breakout year for crypto payments and stronger support from financial institutions.

A large part of the breakout move for crypto has come from “stablecoins.” There are currently many stablecoins but the best known include Tether (USDT), TrueUSD (TUSD), USD Coin (USDC), Gemini (GUSD), Binance GBP Stablecoin (BGBP), and STASIS EURO (EURS).

This will only continue to grow more rapidly as people become more interested in an alternative to their fiat currencies that are losing value.

If you’d like to learn more about the differences between cryptocurrencies stablecoins, and digital fiat currencies, sign up for a free trial of my weekly Crypto Wealth Protocol newsletter.