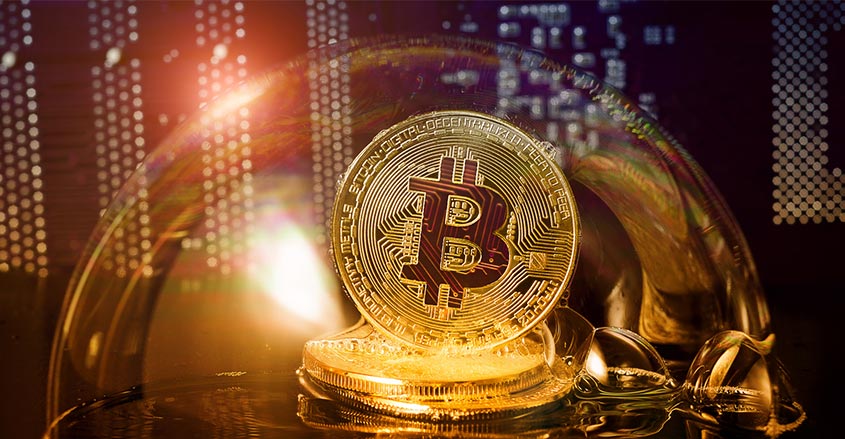 Bitcoin’s market value volatility may be causing some cryptocurrency investors to seek out gold as a investment refuge.

Bitcoin has fallen by some 40% in value since New Years’ 2018. Meanwhile, gold traders in Europe have seen an increase of over five times their normal trading volume in the corresponding period.

This is after the cryptocurrency briefly fell below the $10,000 mark in the previous week. Some financial experts fear that Bitcoin could fall by as much as another $3,000 in value throughout 2018.

Gold trader and director of the European headquartered firm CoinInvest, Daniel Marburger, said on Jan. 16 that his company sold more than 30 kilograms of gold at a value of over $1.9 million.

Bitcoin’s financial market value was falling below the $10,000 mark around this time.

A London-based gold dealer named Ross Norman began trading gold for Bitcoins at the end of 2017. Norman says he has seen his business increase briskly in the last several weeks as Bitcoin’s value fluctuation and market volatility began to concern cryptocurrency speculators and investors.

“Bitcoin is a bit of a lobster pot — it’s easy to get in, but hard to get out,” Norman said. “Gold also offers investors 4,000 years of history as a store of value, and that’s looking quite appealing right now.”

Mark O’Byrne, a financial expert, director and trader at GoldCore Ltd based in Dublin, Ireland, experienced similar business traffic as well recently. His clients were startled by Bitcoin’s price drop and wanted to trade for an investment haven in gold.

“They told us they were concerned that the massive price appreciation was unsustainable and they got nervous about it,” O’Byrne said. “We think increasingly people are realizing that these digital assets have much higher risk levels than the traditional safe haven asset.”

Although Bitcoin bubble fears have cause a mini investment stampede towards gold, gold prices have remained relatively stable.

As of this writing, gold prices hovered around the $1,300-an-ounce mark. Gold enjoyed a recent four-month high but soon plateaued to its average recent price.