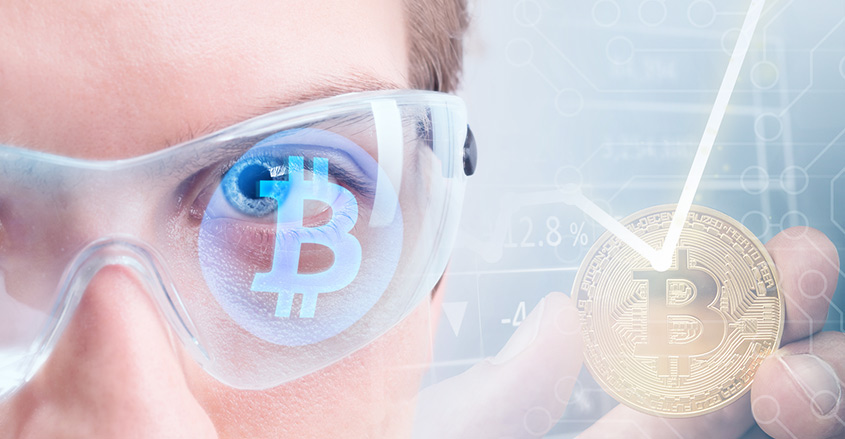 Global cryptocurrencies surged in value in the past 24 hours, bringing market capitalization up $77.8 billion to $388 billion from $310.2 billion yesterday.

This is positive news for coin investors. The overall cryptocurrency market has been down over the past 30 days.

Despite this, many analysts believe that the crypto market can reach new heights this year, even beat recent records quickly.

“Increasing regulatory recognition of cryptocurrency exchanges, the entrance of institutional capital and major technology developments will contribute to the market’s rebound and push cryptocurrency prices to all new highs this year,” GateCoin contributor Thomas Glucksmann to CNBC.

Glucksmann believes that bitcoin could be “pushing $50,000 by December.”

Jamie Burke, CEO at Outlier Ventures, is bullish about the cryptocurrency market, insisting that it has the potential to reach $1 trillion in valuation.

“We believe after February the market will likely go on a bull run comparative if not greater than last year potentially reaching the trillion-dollar mark before a proper crypto winter sets in where the market becomes more focused on proper market fundamentals,” Burke told CNBC.

Early Bitcoin advocate Tyler Winklevoss, who owns nearly 1% of all Bitcoin with his twin brother Cameron, believes that Bitcoin’s future is only going up and that it’s time to get in now.

Bitcoin will someday be worth as much as 40 times its current value, says Cameron Winklevoss https://t.co/ny2vlHhe6l pic.twitter.com/PIfWAJmhE5

One thing is clear, though. It’s been a “wild ride,” says Christian Catalini, an assistant professor at MIT Sloan School of Management who focuses on cryptocurrencies.

Last year at this time, the price of bitcoin was hovering around $1,000. It eventually rose to $19,000, making some people a lot of money in the process.

What was the biggest contributor to this historic bull run? Catalini believes the answer is unsettled.

“It’s not clear how much of that was enthusiasm, hype, maybe even market manipulation,” Catalini told Popular Science.

Here’s a chart showing how poorly Bitcoin has performed so far this year:

This bitcoin chart shows classic bubble-to-post-bubble dynamics. Here’s the Dec 3 interview where I called the top, (“Bitcoin could go to $20,000”) and the crash: https://t.co/z4Hu2lNqWo pic.twitter.com/d60sTBB4Kc

What are your thoughts on the recent bull run? Will it last?