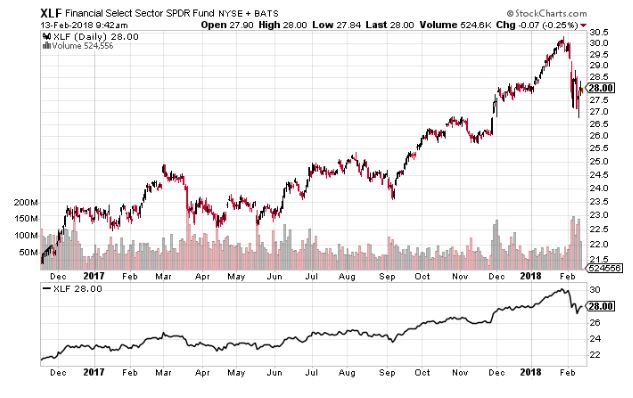 Bond guru Jeff Gundlach, founder of  DoubleLine Capital, not long ago said that the bond bull market would end if yields on the 10-year U.S. Treasury approached 3%.

Yields already have crossed the 2.6% level, which Gundlach predicted would be a negative headwind for stocks.

Currently, the 10-year is sitting just beneath this level due to a variety of factors, including a hawkishly oriented Federal Reserve, signs that inflationary pressure is building, and an economy that continues to normalize.

The death of the decades-long bond bull run would have tremendous implications for all types of asset classes. It would mark the end of many trends which have dominated for the bulk of the stock bull market since early 2009.

In a January presentation laying out his roadmap for financial markets in 2018, Gundlach said that once the 10-year got above 2.63% it would begin to create problems for the stock market.

So far, this has proven correct as equity selling intensified as the 10-year exceeded its 2017 highs in late January. How yields act around the 3% level will be an indication of whether this strength is a secular move or if it remains range-bound.

Although equity markets began selling off in late January, there has been more significant pain in many sectors that are rate-sensitive, such as utilities.

Utilities stocks topped out in early December, nearly two months before the broader market, as yields staged an upside breakout around this time. Conversely, if yields do give back some of these gains on softer economic data, then these battered sectors should see impressive gains on oversold bounces.

The other side of the coin is outperformance in sectors that thrive during periods of higher rates, such as financial stocks.

Although there has been selling in this sector during the stock market crash in early February, they have held up well on a relative basis.

For example, while the broader market is back to November levels, the financials exchange-traded fund XLF is just above its 2018 opening levels. These stocks look poised to break out to new highs if stocks stabilize and rates maintain their strength.

Interestingly, rate-sensitive sectors have underperformed in recent days as stocks attempted to move out of oversold conditions. One unique development in this market is that selling in bonds has continued despite the intense selling in stock markets.

Part of this certainly has to do with the increased Treasury issuance that will be coming in 2018 due to increases in government deficits.

In past sell-offs, bonds have been a safe haven during selling in stocks. Many are interpreting this to be a sign that supply and demand dynamics in fixed-income point to higher rates.

The logic is that if bonds can’t find a bid in this typically bullish circumstance, then bids will completely disappear and sellers will emerge on catalysts like strong economic data.

What should investors do now?

Gundlach’s predictions have played out so far with the steep rise in yields over the past few months including their effects on the stock market. He continues to anticipate increased strength and the end of the bond bull market with a decisive move about 3% on the 10-year bond.

Such an increase in rates would create a variety of opportunities and risks for traders and investors, especially as it relates to stocks that are sensitive, both positively and negatively, to such a change.