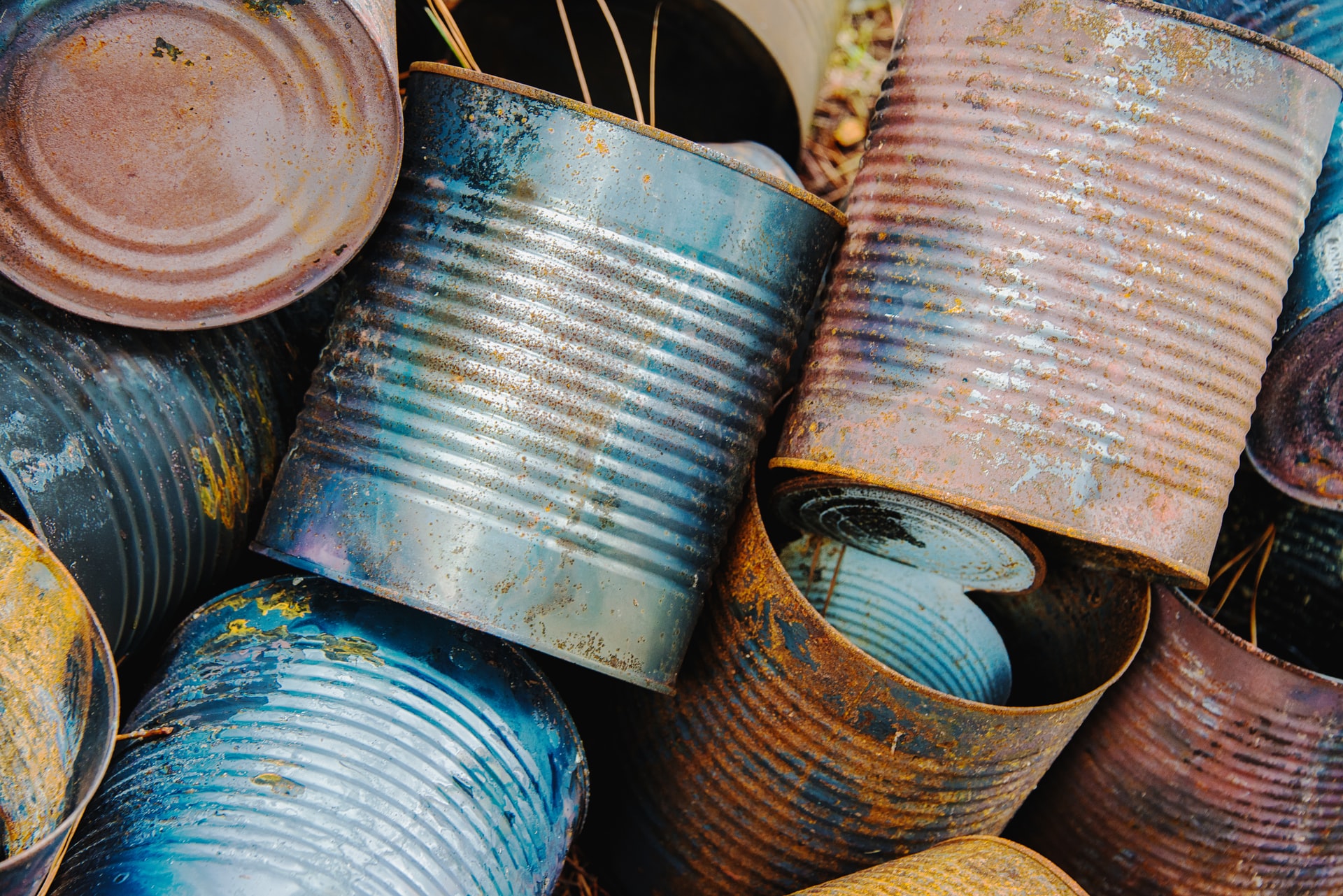 If you’re a health conscious consumer (or completely obsessed, like I am) you probably avoid drinking from plastic bottles, whether the “disposable” recyclable kind or the more sturdy reusable kind. Maybe you’ve even stopped using plastic containers to package leftovers and shun plastic toys from your kids’ playroom.

I get it — BPA (bisphenol A) and other chemicals used in plastic manufacturing are known to leach into our food and affect our health — especially that of fetuses, babies and children. It’s a scary toxin that we ought to avoid.

Yet it seems that plastic is practically impossible to escape these days. It pervades every part of our day in products like grocery bags, running shoes, outdoor wear, personal hygiene products and food packaging — even the lids of glass jars and bottles contain a plastic liner that most likely leeches BPA into food.

That’s why I wanted to look into the issue of BPA in canned food. I don’t know about you, but I definitely rely on a few canned items as staples in my nutrient-dense, ancestral, real-food diet.

Coconut milk and wild-caught salmon are the most common ones, although I also buy some other seafood items like oysters, baby clams and smoked herring.

So do the benefits of these healthy foods outweigh the risks of the BPA exposure that may come with them? Or should we boycott canned products altogether?

How dangerous is BPA?

In the last two decades we have seen much debate in scientific, regulatory, manufacturing and political circles surrounding the issue of BPA toxicity. The United States Food and Drug Administration (FDA) insist that BPA is safe at the amounts of exposure that the average person currently receives.

A study published in the journal Toxicological Sciences in early 2014 supports this assertion. A spokesperson for the FDA highlighted, on one hand, that the study backs up the FDA’s stance, yet on the other hand confirmed that “nearly everyone in the U.S. will have traces of BPA in their urine.”

The question remains, is this a concern? Experts do not contest that high doses of BPA contribute to hormone disruption due to the similarity between the plastic molecule and the hormone estrogen. The FDA holds that the low doses to which the average person is exposed do not have this effect.

In the study, rats were exposed to BPA from early fetal development through adulthood, with doses starting at about 70 times the amount that our population is typically exposed to, and ranging up to millions of times that dose.

The researchers reported that there were no apparent changes in body weight, fertility or hormone levels, even when rats were given 70,000 times the amount that the average North American ingests. Adverse effects were only seen once the dose reached millions of times that amount.

Other studies completed by government groups have reported similar results, stating that the estimated human exposure to BPA is actually lower than we think, and that the human body is perfectly capable of ridding itself of the chemical.

Yet it’s important to note that the study was completed by the FDA’s National Center for Toxicological Research, in tandem with the National Toxicology Program at the National Institutes of Health. Some high-profile bodies have criticized the study saying that it was fundamentally flawed, with even the “control” group of rats showing similar rates of BPA in their urine.

Other studies, mostly done by academic bodies, sing a very different tune. The Breast Cancer Fund maintains that small amounts of BPA (such as that leaching from the lining of cans into food) is linked to cancer, reproductive harm, obesity, ADHD and immune system harm, citing that 93 percent of Americans are affected by this dangerous exposure.

Another 2014 study published in the journal Hypertension, a journal of the American Heart Association, reported that the minimal exposure that study participants received from drinking soy milk from a can rather than a bottle was enough to raise blood levels of BPA by 16 times within two hours, and increase blood pressure by an average of 5 mL of mercury.

If this effect were applied on a chronic basis (by regularly consuming many foods that are tainted with BPA), this would reflect an estimated 25 percent greater risk of cardiovascular disease.

The study authors noted that this effect is likely due to both BPA’s blockage of certain receptors which are responsible for repairing blood vessels and controlling blood pressure, and also BPA’s disruption of a thyroid hormone which is involved in the regulation of the circulatory system.

The book Our Stolen Future by Theo Colborn and other scientists highlights the fact that new scientific methods point to the paradoxical behavior of BPA — it might kill cells at high doses, but at low doses it stimulates abnormal functions and abnormal cell growth which might fly under the radar.

The prestigious scientific organization The Endocrine Society explains this further: “Even infinitesimally low levels of exposure  — indeed, any level of exposure at all  — may cause endocrine or reproductive abnormalities, particularly if exposure occurs during a critical developmental window. Surprisingly, low doses may even exert more potent effects than higher doses.”

This view is largely ignored by the FDA, which, according to the Environmental Working Group (EWG), continues to use outdated methods of toxicological research and regulation. The FDA finds a dosage which will cause major damage or disease and works backward to a “supposedly non-toxic amount.” This approach assumes that there is in fact a safe dosage for every toxic chemical if you shave it down low enough.

How much exposure do we get from canned foods?

According to a recent report, the amount of BPA found in canned foods is around six parts per billion. This measurement is based on an acidic food such as canned tomatoes. The Breast Cancer Fund states that fatty and salty foods, in addition to acidic foods, are more likely to leach BPA.

This is certainly a concern for my full-fat coconut milk and oily coldwater fish.

Food manufacturers and packaging companies such as the Can Manufacturers Institute and the North American Metal Packaging Alliance are on the “BPA is safe” team, stating that “the extremely low levels of BPA found in canned foods do not present a health risk to children or adults.”

It must be pointed out though, that a change in the safety regulations would force billions of dollars of revamping costs on these companies.

Should we boycott canned foods due to BPA exposure?

While choosing BPA-free cans might be a solution (the Environmental Working Group has released a report on which brands are devoted to BPA-free cans), it’s also important to keep in mind, as the EWG points out, that we don’t know what is used instead of BPA and whether it is any safer.

It’s also worth pointing out that the term “BPA free” is not regulated, so it could mean anything, similar to the term “natural” when used on food packaging.

A critical view of the research and evidence out there points to the complete avoidance of BPA. Personally, I plan to keep the consumption of canned foods to a minimum and will endeavor to make my own coconut milk and buy fresh fish from the market instead (wrapped in brown paper!).

Products sold in tetrapaks, while not particularly eco-friendly, are considered less toxic to the human body with less leaching of chemicals.