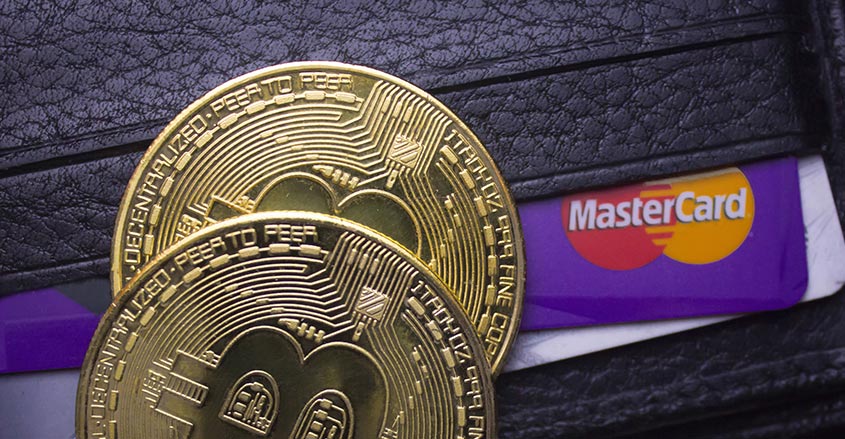 Discover Card is the latest credit card provider to announce it won’t allow its users to buy cryptocurrencies, ICOs or tokens with its cards, affecting over 44 million customers.

“It’s crooks that are trying to get money out of China or wherever. Or if someone steals our credit card numbers they’re going to ask for payments in Bitcoin,” said Discover CEO David Nelms.

“Those are the only use cases I’m actually seeing today. You know, black market stuff. It’s not like our customers are clamoring to use it.”

This from a man who was paid over $100 millions last year for promoting technology invented in 1972. He’s not the only one though.

Capital One Financial Corp has more than 80 million card holders with more than 200 hundred million cards carrying a staggering $80 billion in debt. Capital One will not allow customers to buy cryptos either, due it says to “an elevated risk of fraud, loss, and volatility.”

In total, a dozen financial companies, including the nation’s biggest credit-card issuers, have banned clients from buying cryptos, totaling nearly 80% of the American public and more than $100 billion in credit.

The policies follow myriad stories of crypto investors in the United States and South Korea maxing out credit cards on ICOs in the hopes that their speculation will pay off the card and make them rich.

To illustrate the point that cryptos are not practical currencies, the Wall Street Journal sent a reporter out in New York to see what he could buy with Bitcoin.

Critics of the banks and financial companies such as Discover and Capital One say Wall Street fails to understand that blockchain companies may very well put them out of business.

Ethereum co-founder Vitalik Buterin told AngelList cofounder Naval Ravikant that before Ethereum can compete with the likes of Visa and MasterCard the platform will need to speed up.

“Bitcoin is processing a bit less than three transactions per second,” Buterin explained to Ravikant. “Ethereum is doing five a second. Uber gives 12 rides a second. It will take a couple of years for the blockchain to replace Visa.”

Old-school financial companies are skeptical, yet fintech, software companies, and even airlines and hospitals are embracing blockchain and Ethereum in particular.

Consensys, Ethereum’s think tank and incubator, has announced more than 300 initiatives under its protocol and is announcing four to five new ones every week.

Even healthcare, the most inefficient of industries by far, is getting in on blockchain. Quorum Health, the nation’s third-largest hospital chain, has announced an Ethereum initiative to track their supply chain, though it has no plans to accept crypto payments yet.