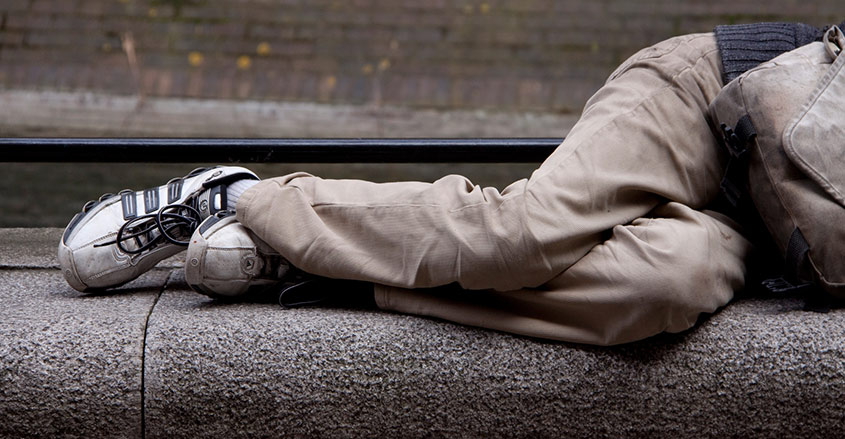 Homelessness is an American exploding problem. More than 40% of homeless Americans reside in either New York or California.

California is particularly struggling. Los Angeles has more homelessness now than ever before in its history. The city’s homeless population increased by 16%, or more than 36,000 people.

California is becoming synonymous with skid-row streets, tent cities and makeshift shantytown encampments. The reasons include exploding rents, not enough high-paying jobs, addiction and many other factors.

What can’t be ignored is that this is a problem that must be solved sooner instead of later. While the state considers its options, one California businessman initiated his own dehumanizing solution.

The Fruitvale municipality in Oakland, California is strategizing how to remove 100 homeless people from retailer parking lots, places such as Home Depot, in the coming months.

Yet the city’s process was too slow for local real estate developer Gene Gorelik. Dressed in a garishly simple elf-like costume, Gorelik entered a homeless encampment in a Fruitvale Home Depot parking lot with a boom-lift.

He started yelling, “Free money! I need 10 people to play!” into a bullhorn and began throwing dollar bills at people in the encampment. Gorelik’s objective was to entice people to take $1,000 to leave.

No one took Gorelik’s offer. Neighborhood protestors and people from the encampment even blocked Gorelik from leaving after the failed stunt. Police escorted Gorelik out of the encampment.

The Fruitvale Home Depot has complained about the homeless problem to the city. Local city council members are fearful the store may move.

The municipality plans to move this encampment to alternative housing, a plan yet to be finalized. California governor Gavin Newsom recently passed a $1 billion state budget with funds to help solve the problem.