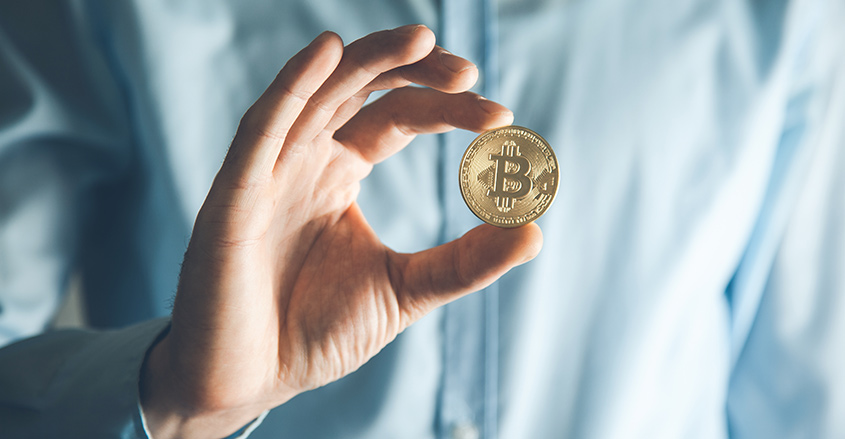 He believes that it’s one of the best nontraditional investments to have in a portfolio.

“It’s been an amazing run, it’s fantastic technology; some people are using it as a way to hedge against inflation,” he said.

Traditionally, gold is used as a hedge against inflation. The price of gold also has risen as stocks have become more volatile.

Steinbrugge was referencing this in regards to the latest inflections of the U.S.-China trade war. Some commentators have suggested that Bitcoin’s recent rise to over $12,000 is related to the conflict.

The CEO feels that stimulus packages have run their course and no longer have the economic healing effect that they once had.

Instead, Steinbrugge sees Bitcoin as a better hedge against economic uncertainty.

He cautioned against investors putting their money into equities in the current volatile climate.

Regarding outright Bitcoin investment, Steinbrugge stated: “Right now it’s very expensive; it’s very hard to value, but Bitcoin is going to be here for a long time and long term I think it will be part of a lot of hedge funds’ portfolios.”

There has already been a few instances of hedge funds steadily adding Bitcoin and other currencies into their portfolios. For the funds that weathered through the 2018 bear market, 2019 has been a year that their prices have returned to form.

Recently in July of 2019, veteran investor Bill Miller’s hedge fund saw a growth of 46%. Reportedly a good deal of this came from investing in Bitcoin.

Bloomberg reported on July 26 that Miller achieved such stellar growth through a combination of investing in Bitcoin and a number of high-performing stocks.

If Steinbrugge’s prediction rings true, we could see to see use of cryptocurrencies in hedge fund portfolios.