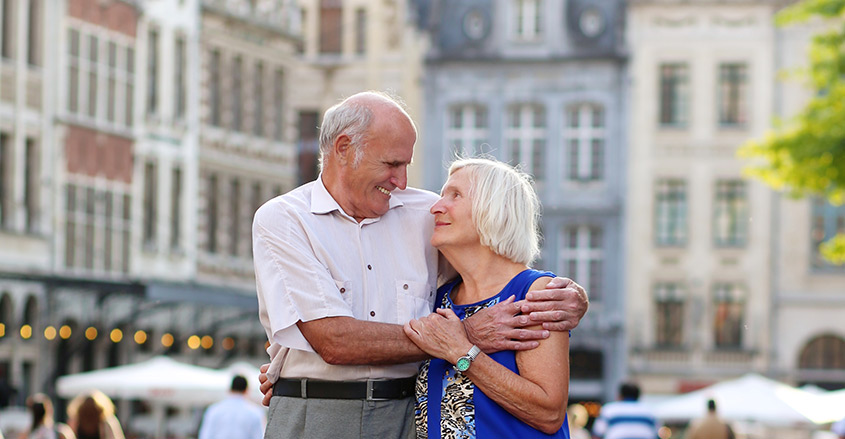 As the baby boomers age, about 10,000 Americans retire every day, and trend that expected to last for years to come.

Meanwhile, the cost of living in the United States is often very high and cruelly unattainable for many of those same retirees. Only a small percentage of retirees retire some money. Most save nothing.

The cost of living in a major American city can top $40,000 annually. As a result, many retirees are banking their retirement and Social Security payments in the United States and moving abroad to enjoy a lower cost of living.

Almost 700,000 American retirees are living abroad right now. However, it takes lot of planning before moving anywhere, never mind to a new culture far from home.

Here are 12 key things to consider before taking the plunge:

It’s easy to take Wi-Fi, 24-hour convenience stores and social services for granted. The Internet can be slow and halting in many developing countries. Most chain stores are not global, and the simplest social services can take weeks or months to complete. You must be ready to adjust to simpler, sometimes lower and slower, living standards.

Americans are notorious for being monolingual. English will not help you if you move to a country where it’s rarely spoken. Learning the language of your new home country will help you be independent and cope better in emergencies. Refusing to learn a new language hinders your ability to live comfortably and safely.

You also must learn unspoken body language, mannerisms and new social norms. In some countries people might not name dogs or treat them like family. Women may not have the status of men and intense noise pollution can be an everyday problem. Research before you leave and make contact with locals if possible.

Many retires move to southeast Asia. What many don’t consider is that much of this area of Asia is in a tropical climate. It is scorching-hot half the year and rainy and humid the other half. There could be frequent droughts, flooding and typhoons. Think about the weather before committing your twilight years to a distant new country.

Many developing countries have issues dealing with poverty, petty theft and dangerous street crime. Learn which areas have serious kidnappings threats. As a foreigner, you’ll always stand out and need to be aware of your surroundings. Always be cautious in countries with severe political instability, social unrest, or endemic cultural resentment of Westerners.

As an American you will be obligated to pay taxes, even when living abroad. Consult a financial advisor on your obligations before you leave. If you start a business, open foreign bank accounts or buy property, you could be liable for double taxation in your home country and your adopted country.

Every country has its own laws concerning visas and residency. You need to be aware of them and on the right side of the law in your adopted country. Depending on the country, you may need to pay hundreds or thousands of dollars a year in residency processing costs and renewals.

When you move to a foreign country you are bound by the laws of that country even as you retain your sovereign citizenship. If you break the law or get into legal trouble, you must abide by the legal system of your adopted country as de facto citizen.

More than 25% of the world’s population doesn’t have regular, or any, access to potable water. People in many countries don’t have access to clean water. The country you retire in may not have the bureaucratic infrastructure, or political will, to sanitize water. Be prepared to buy water for your drinking or cleaning needs regularly.

Even with cheap flight in off-peak travel seasons flying home regularly will be expensive, especially on a fixed income. Also, if you have a large family you won’t see them for years at a time. Make sure you can cope with such realities before leaving your extended family behind.

Take a test trip or two

Leaving your life, family, and country behind is a serious life decision. It’s a basically a “rest-of-your-life” decision as a retiree. Take a two-month test trip to your preferred country to see how you like it. Make local contacts who can teach you the local culture. Don’t just spin a globe and choose.