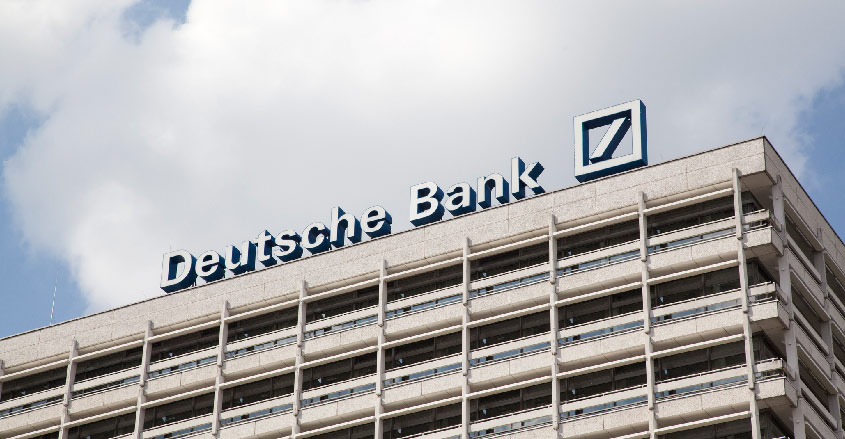 The event is almost too staggering to comprehend. The market value of Deutsche bank itself is only $30 billion.

Representative from Deutsche Bank categorized the event as an “operational error.”

“The error was identified within a matter of minutes, and then rectified,” said a Deutsche Bank spokesman via press release.

The incident occurred when Deutsche Bank was moving collateral funds to Deutsche Boerse AG’s Eurex, an international exchange with an operational focus on European derivatives.

It is the fourth-largest derivatives clearinghouse in the world.

The spokesman for Deutsche Bank didn’t explain how the event happened or who was responsible, only that it wouldn’t happen again.

“We have rigorously reviewed the reasons why this error occurred and taken steps to prevent its recurrence,” said the spokesman.

Large banks like Deutsche Bank normally have redundant fail-safe systems in place to prevent such occurrences.

In fact, this mistake got past an in-house fail-safe IT system known as a “bear trap.”

Dieter Hein, an analyst at Fairesearch, says the mistake is an indicator of Deutsche Bank’s management problems.

“This kind of incident shows that the bank’s problems are so big that you can’t fix them immediately. Cryan failed,” continued Hein, referring to former Deutsche Bank CEO John Cryan.

Cryan lost his position on April 8 after less than three years on the job.

Deutsche Bank’s reputation and financial worth have took a hit in recent years, especially under Cryan. Shares of Deutsche bank have lost more than half of their value under his tenure.

COO and IT chief Kim Hammonds leaves the bank in May 2018 after her disparaging comments on the bank leaked to the press.

During an internal conference, Hammonds reportedly called Deutsche Bank “the most dysfunctional company” she’d ever worked for.

Deutsche Bank shares fell over 27% this year alone. The bank’s plan to fortify its solvency include eliminating tens of thousands of jobs and closing hundreds of branches.

Deutsche Bank insists it is investigating the $35 billion-dollar blunder.

“We have rigorously reviewed the reasons why this error occurred and taken steps to prevent its recurrence,” said the bank via press statement.