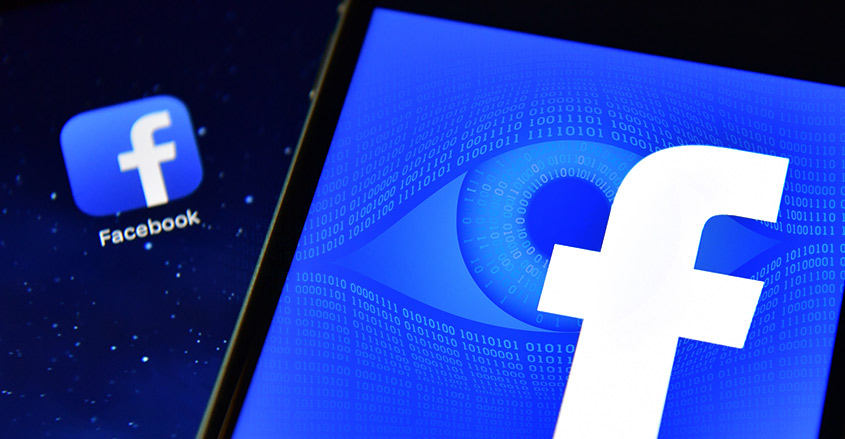 Facebook’s stock tumbled more than 14% after news broke that the personal data of tens of millions of its users was accessed improperly by disgraced political consultancy Cambridge Analytica.

Developers used the data to build games, dating apps and social-friendly software, while researchers did studies on a previously impossible-to-collect treasure trove of facts about millions — all posted voluntarily to the web by those same users.

It was that year Facebook discovered that a psychology professor at the University of Cambridge had broken the firm’s data policies by sharing user data obtained from his personality-prediction app.

The data was not just collected from people who downloaded the app but 30 extra data points about people’s Facebook friends and more, a deep dive into what Facebook calls “the social graph” and a marketer’s dream.

At the time the academic was allowed to use the data, but sharing it was strictly forbidden. Facebook said it received assurances the data had been deleted.

Only later did Facebook learn that wasn’t true. The company could not confirm data had been scrubbed. It instead ended up in the hands of Cambridge Analytica.

British authorities recently raided the offices of the election data firm following a shocking hidden camera exposé of its bosses, who bragged freely of shady maneuvers to influence elections around the globe.

The data breach matters because it builds on the fears people have about the wealth and amount of information that Facebook is collecting on a daily basis, albeit with the cooperation of billions of users.

Sharing is what makes social media work, after all. But think about it: Facebook controls data on nearly 2 billion users worldwide. So how are they using it all?

There were flags along the way, some redder than others.

When the company started to ask if you wanted to tag friends on the site, the new feature sparked concerns about how the company surveilled people’s data.

Make calls and texts? Facebook knows all that, too. Plus, there had been rumors that Facebook was actively listening to people through microphones on their smartphones.

Facebook has denied listening to its customers for marketing purposes.

Listening may not be feasible (for now), or even necessary. Simply put, when people use Facebook they already volunteer large amounts of specific and useful marketing information.

It all starts when you enter your name, picture, gender, and start adding to your network of friends.

Though users don’t have to, they can include their hometown, religious views, political opinions, educational history, relationship status and name their family members.

Naturally, Facebook keeps tabs on all photos and videos that have ever been uploaded, all posts ever written and every place that a person checks into.

We just tell Facebook an awful lot without a second thought. At one time, Facebook founder and CEO Mark Zuckerberg had a colorful way of describing people who gave up personal data to his creation.

You can get your data back, or at least learn what Facebook knows about you

Caution: It’s a lot of stuff.

First, go to your settings. If you don’t know how to get there on the site, click this link. (It’s facebook.com/settings.)

In time, you will get a copy of the data Facebook has taken sent directly to the email under which you registered for the account.

Once it arrives, open the email and download file at the link provided. It will be a ZIP file, a compacted file type used to manage large blocks of data.

You access the file by “extracting” it. You do this by clicking on the file and dragging the contents out of the resulting window, or by right-clicking on the ZIP file and choosing “Extract All.”

Once you have the extracted file, open the one called html/index.htm.

From there, you can browse your way through a web of information about you.

You can see past Facebook friendships and even things like who you have unfriended over the years. Also, you can see changes if your life, such as what schools you use to attend and former relationship statuses.

Also, the data will show you every photo you’ve ever uploaded with the EXIF data, which lists where it was taken and where it was uploaded.

Facebook is taking a lot of heat for its mistakes.  But at least you can see what information they have on you.

If you don’t like what you see, perhaps it’s time to restrict what you share and perhaps change some settings. Or maybe join the #deletefacebook campaign.

It is important to understand what information you are giving up to the world.

With the Internet, data is forever. Once it is out there, it’s there to stay.