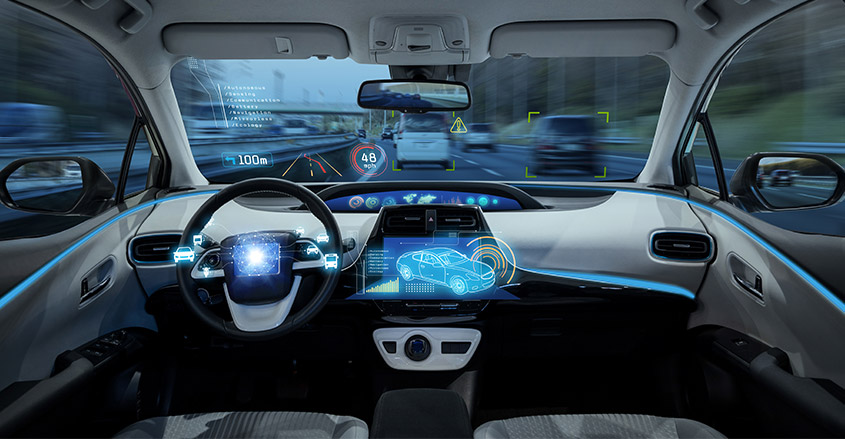 Advanced Driver Assistance Systems (ADAS), have come under fire lately from many quarters. In light of recent fatal crashes involving cars equipped with driver assisted technology, regulators have started to scrutinize its effectiveness in reducing accidents.

Previous advocates of the technology are now reassessing the benefits of the safety system in light of its demonstrable limitations. What has spurred current skepticism about these safety systems when previously, there was unbridled faith in their utility?

In March, 2018 Tesla’s ADAS, marketed as “Autopilot,” played a role in a crash that killed the driver of one of its sport utility vehicles. Tesla’s identical driver assisted technology was also involved in a fatal crash in Florida in 2017.

The National Transportation Safety Board (NTSB), found that Tesla’s Autopilot feature contributed to the fatal Florida accident because it allowed the driver, Joshua Brown, to operate the vehicle for long periods without his hands on the wheel. Brown had the Autopilot engaged when his Tesla Model S hit the underside of a tractor trailer that was crossing the road.

These tragic incidents have prompted a question among engineers, futurists, regulators and automobile manufacturers alike: How could a much-trumpeted and novel safety feature have been responsible, in part, for these deadly crashes?

ADAS has backfired because it is now clear that there has been too much unbridled faith in an untested technology. A few years ago, Google, Uber as well as urban planners declared authoritatively that driverless vehicles would take over our roadways within the next five years. Advanced AI computers and ADAS would make this entirely feasible, they claimed.

How quaint all these predictions seem now.

Numerous commercials were televised touting the awe-inspiring reliability of ADAS advanced technology and safety systems. In one representative ad, a woman is driving, then drops something, takes her eyes off the road, then looks up in horror, as a couple are crossing the road with a baby carriage.

Disaster is averted as the vehicle’s radar sensors in milliseconds brake the car automatically, saving the couple from certain death.

The unfortunate deaths associated with use of the technology have now caused many previously staunch advocates of driver-assisted systems to reassess not only the timetable for successful implementation, but whether the practical application of the capabilities is not what was envisioned.

Additionally, ADAS proponents failed to account for those situations where self-driving systems, due to unanticipated external environmental forces, broke down.

The difficulty with accepting new technology is that it encourages the introduction of new techniques that, even if they are helpful in avoiding collisions, are not entirely safe or can be trusted to perform as designed or warranted.

Rodney Brooks, an MIT roboticist and artificial-intelligence expert, calls these situations “edge cases” — unusual circumstances that autonomous cars would have to handle. Brooks argued that these edge cases and perceptual challenges are too numerous and are “way beyond those that current developers have solved with deep learning networks.”

Perhaps one of the most significant problems with ADAS is that its designers failed to account for how human behavior and psychology could work in tandem to frustrate the intended operation of the safety systems. The AAA Foundation for Traffic Safety conducted a recent analysis of the effectiveness of ADAS and its counterintuitive findings are as telling as they are remarkable.

The study concluded that those drivers with experience using ADAS were twice as likely to engage in distractions while driving compared to driving with the driver assisted systems disengaged.

An instructive corollary to these findings showed that drivers with little experience and familiarity with the ADAS technology and its capabilities were less distracted with the system activated compared to when they were driving with the ADAS system shut off.

The research findings suggest that as drivers become more adept at using ADAS technology they are more likely to develop complacency behind the wheel and place undue faith in the system. Executive director of the AAA Foundation for Traffic Safety, Dr. David Yang, said that “over-reliance on these systems can put drivers and others in dangerous conditions during critical moments.”

Similar driver behavior was responsible for an Uber autonomous vehicle crash that killed a pedestrian. The NTSB found the proximate cause of the Uber collision was the failure of the safety operator to monitor closely, the car’s ADAS driving system, while keeping his eyes on the roadway.

The driver instead took his eyes off the road while looking at his cellphone. The NTSB also faulted Uber for the lack of an effective system to address safety operators’ “automation complacency.”

Supplemental research at Virginia Tech confirms the AAA Foundation findings. The Virginia Tech study found that users of ADAS undergo a cycle of behavior associated with their use of the driving assistance system. The researchers found that over time, drivers reach an experienced or familiar phase where over-reliance and undue trust in the driving assistance technology becomes more common.

These particular drivers are more prone to take their eyes and attention away from the road and become easily distracted. What many drivers fail to appreciate is that at 60 MPH it takes only seconds for their car to travel long distances. A few seconds looking down can have catastrophic consequences.

As evidenced from recent studies, driver distractions or misuse of ADAS systems can be lethal. That is the current issue that has raised numerous questions by regulators and engineers alike, about the wisdom, or claimed safety benefits, of the autonomous or driver assisted technologies.