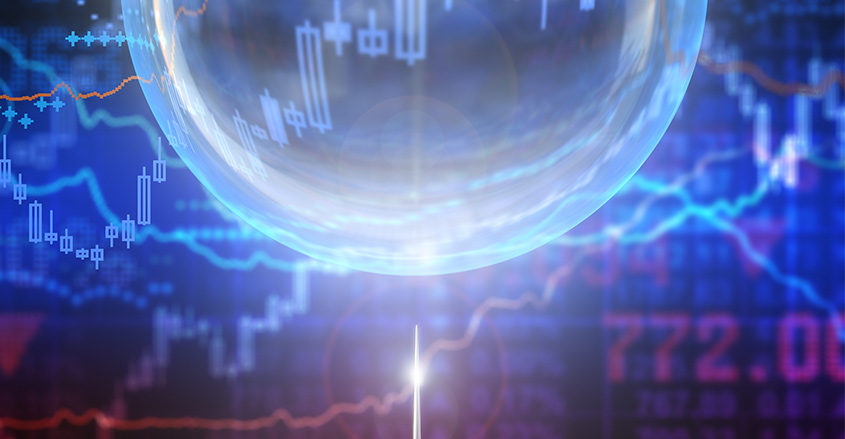 Beyond Meat is the company behind the suddenly popular plant-based Impossible Whopper at Burger King and, more recently, a meat-free fried chicken alternative at KFC.

Novogratz was an early bitcoin investor who also started a cryptocurrency based merchant bank called Galaxy Digital, which went public in 2018.

During that time there was a harsh downturn in the cryptocurrency market which many called the “crypto winter.”

Novogratz is no stranger to the highs and lows of market bubbles.

While still bullish on Bitcoin, Novogratz sees a similarity between early investor sentiment and the rise of new plant-derived food products: They may spark the public’s imagination, but that often leads to them to being overbought by investors.

“Beyond Meat reminds me a little bit of crypto in 2017. You get great bubbles on big ideas. This is a great bubble,” Novogratz told CNBC.

“All the young guys on their Robinhood accounts are buying this, and this is their crypto. And then reality does set in.” Robinhood is an investing app favored by Millenials.

Since the plant-based meat maker Beyond Meat had its IPO in May the stock has seen an incredible surge. It hit an all-time high of $234.90 in mid-summer and recently traded at around $160 a share.

The decline since summer came after a weak second-quarter earnings report. A secondary stock offering of $160 was later announced — at still six times the price of the May IPO.

According to data from S3 partners, 44% of Beyond’s outstanding shares are actively shorted.

“It’s captured the imagination of every amateur short seller out there,” says Andrew Left of Citron Research.

As float increases “lockup comes off and everyone else tries to sell and the price will react,” Novogratz said.