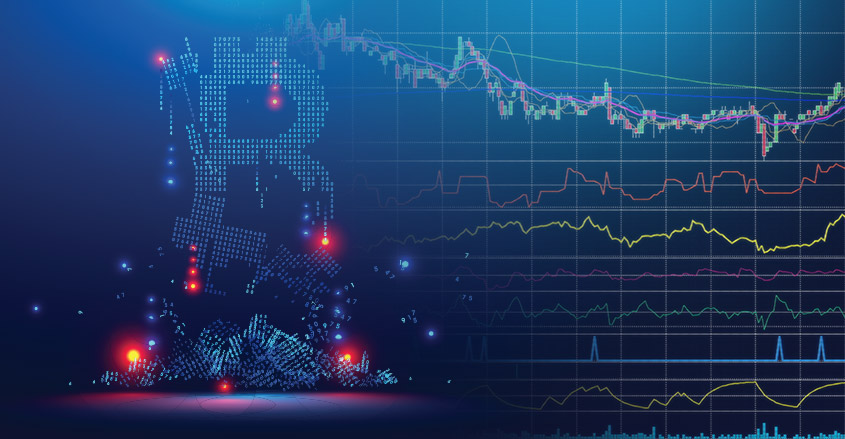 In the closing weeks of 2017 investors flocked to the cryptocurrency market in a big way after seeing the enormous gains that Bitcoin made in just a few short months.

Bitcoin traded for less than $5,000 per coin in October. Fast forward to December, and the leader in the cryptocurrency space nearly reached a staggering price of $20,000 per coin.

What followed was a wild ride for investors, as Bitcoin’s price dropped and rose dramatically, often within the confines of a single day.

Those peaks and valleys didn’t spook new cryptocurrency investors even the slightest bit, as money flowed in from those not wanting to miss out on the next big thing.

The market cap of a number of smaller alternative cryptocurrencies, such as Cardano and XRP, surged as a result, and interest in the market as a whole shows no signs of abating.

So where does that leave us in the early days in 2018? Is the cryptocurrency market destined to keep surging, or are we merely in the midst of a bubble phase as a number of financial experts have suggested?

According to Charles Hoskinson, co-founder and former chief executive of Ethereum, the current exuberance in the crypto marketplace is going to lead to a bit of shakeout.

Hoskinson has moved on to head up blockchain research firm IOHK, and he recently offered up his prediction for the market during an interview with CNBC.

“My personal opinion is that we’re going to see a consolidation after a crash,” Hoskinson explained.

Investors continue to funnel money into alternative cryptos, hoping to catch lightning in a bottle.

Yet there doesn’t appear to be much of an understanding of the fundamentals behind some of the coins that have surged in price.

For example, dogecoin is a meme-inspired cryptocurrency that was introduced as a joke back in 2013. It’s market cap surged to $2 billion just days after reaching the $1 billion threshold.

As Hoskinson notes, the bubble may very well pop for the alternative coins that don’t bring all that much to the table.

“What’s going to occur is a lot of these ventures that don’t have strong fundamentals, don’t have good tech, or just unrealistic projects, they will eventually run into some major wall they can’t quite overcome,” he added. “They will fracture up and you will see a lot of them are certain to fail.”

That said, the staggering amount of money that is currently being thrown around will lead to some of them being able to weather the storm, he said.

“The problem is a lot of them have a lot of money,” Hoskinson said. “It’s really hard to fail when your burn rate is $5 million or $10 million a year, and you have $1 billion of capital.”

Over the past few days, prices have been down across the board for the majority of the largest cryptocurrencies. We’ll have to wait and see if this is the first wave of the correction that many have been waiting for, or merely a small lull before another boom.