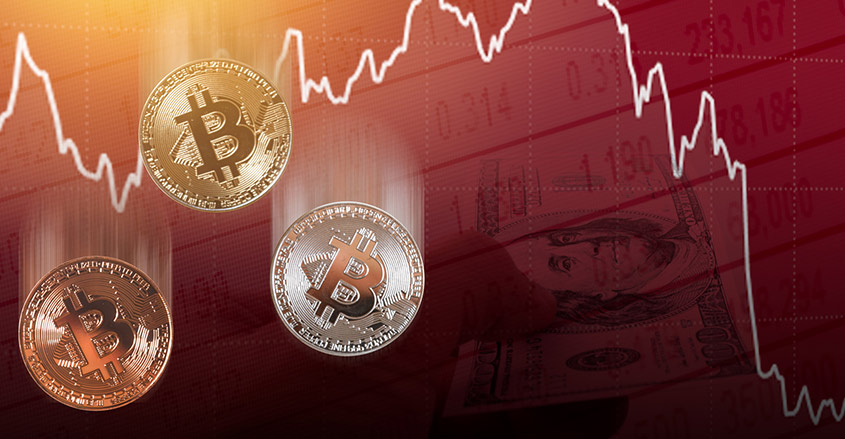 Kenneth Rogoff, a current Harvard professor and former economist at the International Monetary Fund, said he could see Bitcoin falling to only $100 over the next decade.

“I think Bitcoin will be worth a tiny fraction of what it is now if we’re headed out 10 years from now,” Rogoff told CNBC.

Rogoff’s reason for this prediction has to do with what he perceives as the nature of Bitcoin’s current use.

Bitcoin is primarily used for “money laundering and tax evasion,” he said.

“Basically, if you take away the possibility of money laundering and tax evasion, [Bitcoin’s] actual uses as a transaction vehicle are very small.”

Nevertheless, British blockchain analytics firm Elliptic found that just 0.61% of all the money involved in European Bitcoin exchanges and conversions could be traced to illegal activity.

Rogoff’s plan for dealing with Bitcoin proposes that governments should regulate cryptocurrency, rather than completely banning it.

“It really needs to be global regulation. Even if the U.S. cracks down on it and China cracks down, but Japan doesn’t, people will be able to still launder money through Japan,” Rogoff said.

To their credit, Japanese regulators said in February that they will be increasing their scrutiny of exchanges.

This is after the National Police Agency of Japan cited 669 cases of suspected money laundering from exchange platforms between the months of April and December 2017.

This is not the first time that Rogoff has taken a hard stance against Bitcoin, cryptocurrency, and blockchain technology in general.

In October 2018, Rogoff wrote an op-ed for The Guardian where he claimed that the price of Bitcoin will collapse, even if the underlying technology behind it proves to be successful.

His theory was grounded in his assumption that no government will allow decentralized or anonymous cryptocurrencies to completely take the place of currency issued by the state.

Rogoff is not the only high profile financial figure that has taken the position that Bitcoin will fail.

Last month, Charlie Munger, vice president of Berkshire Hathaway and confidant of billionaire Warren Buffett, called Bitcoin “totally asinine” and that the people who invested in it “disgusted” him.