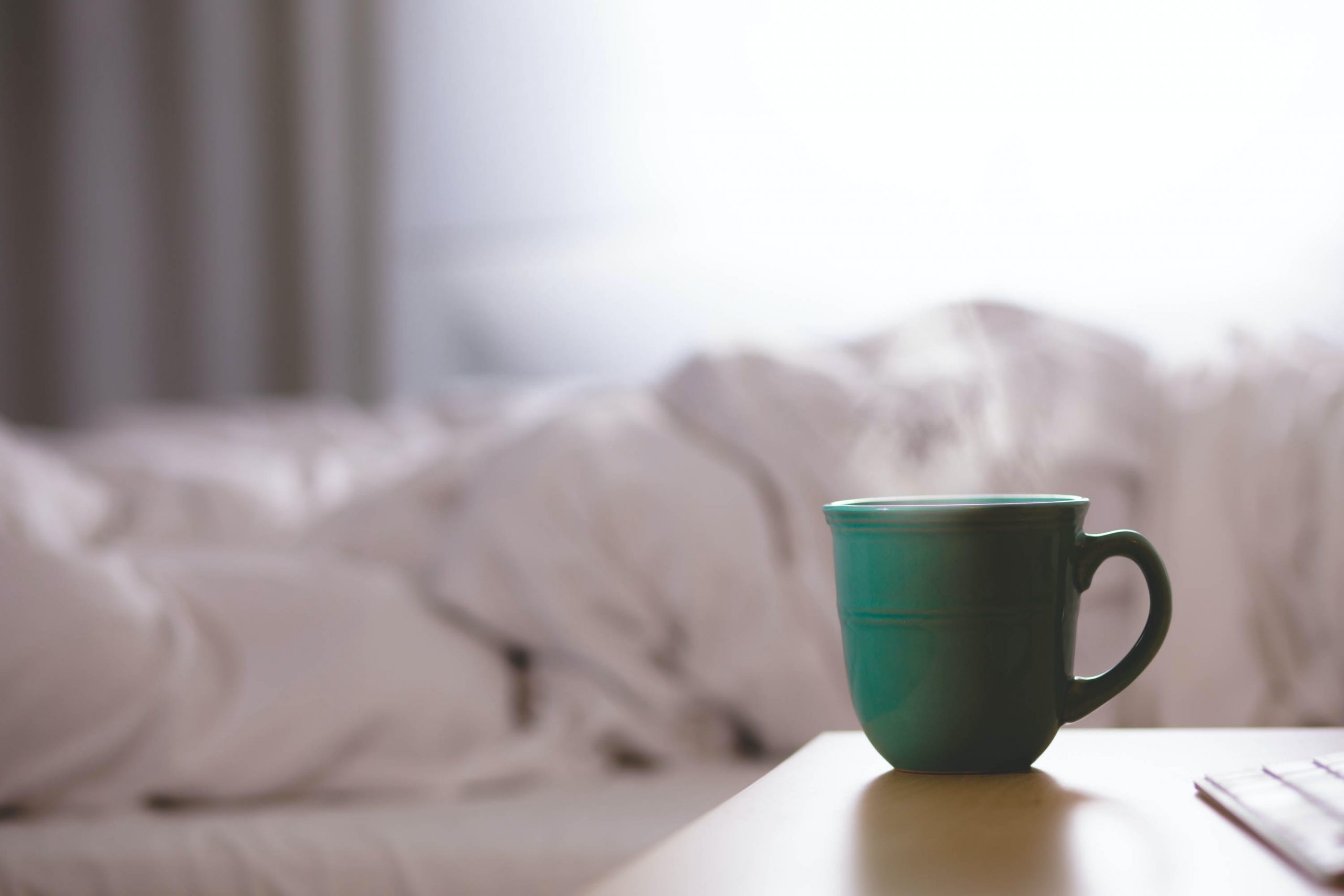 When we think of chamomile, most of us immediately think of a soothing cup of tea before bed, to help promote those essential Zs.

This is certainly an accurate portrayal, as chamomile has been used for generations to aid in relaxation and ward off that fiend known as insomnia. However, chamomile has many other potent benefits, as well.

In 2010, the authors of a review entitled, “Chamomile, an herbal medicine of the past with a bright future,” published in the journal Molecular Medicine Reports, wrote:

“Chamomile is one of the most ancient medicinal herbs known to mankind. It is a member of the Asteraceae/Compositae family and is represented by two common varieties, German Chamomile (Chamomilla recutita) and Roman Chamomile (Chamaemelum nobile). The dried flowers of chamomile contain many terpenoids and flavonoids, which contribute to its medicinal properties.”

On some of the specific uses of chamomile, the authors continue:

This herb’s soothing effect is thought to have to do with its antioxidant compounds affecting the central nervous system in a relaxing way. Because of this effect, chamomile may lessen symptoms of anxiety and relieve stress as well as promoting restful sleep.

Along with the above listed conditions, chamomile has also been linked to aiding in lowering cholesterol, reducing the risk of blood clotting, and soothing stomach pain. Its anti-inflammatory and antibacterial compounds may also help this herb to reduce the risk of other chronic conditions with inflammation at their core.

On top of this already impressive list, research has a lot to say about the merits of chamomile!

A new study just recently published in The Gerontologist has linked the regular consumption of chamomile tea to a lower risk of death from all causes in Mexican American women ages 65 and over.

While more research needs to be done to see if this holds true for various population samples, this is a groundbreaking finding, indeed!

Mexican-Americans in particular were chosen for this study because chamomile is widely used as a remedy in Mexico, and among the Mexican-American population throughout the United States.

For the study, a group of just over 1,600 Mexican-American men and women over the age of 65, living across five southwestern states, was followed over a time period of seven years.

The researchers determined that out of this group, 14 percent of the individuals studied reportedly drank chamomile tea on a regular basis. Through their analysis of the participants’ health records and subsequent comparison with their chamomile tea intake, they determined that in the women, chamomile tea consumption equated to a 29 percent lower risk of death from all causes.

“The use of chamomile shows protective effects against mortality in this sample of older adults of Mexican origin for women. Further research is warranted in other populations to determine if these effects are consistent.”

On possible explanations for the lack of association between chamomile and protection from death in men, researcher and assistant professor Bret Howrey stated:

“The reason for a difference in our reported findings between Hispanic women and men is not clear, although women were shown to be more frequent users of chamomile than men. This difference may be due to traditional gender roles whereby women manage the day-to-day activities of the household, including family health, and may also reflect greater reliance on folk remedies such as herbs.”

A 2008 study published in the Journal of Agricultural and Food Chemistry explored the potential of chamomile extract to improve symptoms of diabetes, as well as its potential to prevent the onset of diabetes in the first place.

On the results of this study, the authors asserted:

“Results clearly suggested that daily consumption of chamomile tea with meals could contribute to the prevention of the progress of hyperglycemia and diabetic complications.”

Another study, performed in 2007 and also published in the Journal of Agricultural and Food Chemistry, explored the potential anticarcinogenic effects of chamomile. The study authors wrote:

“Chamomile (Matricaria chamomilla), a popular herb valued for centuries as a traditional medicine, has been used to treat various human ailments; however, its anticancer activity is unknown. We evaluated the anticancer properties of aqueous and methanolic extracts of chamomile against various human cancer cell lines.”

After performing their experiments, the study authors concluded:

To simplify and summarize, they continued:

“This study represents the first reported demonstration of the anticancer effects of chamomile. Further investigations of the mechanism of action of chamomile are warranted in evaluating the potential usefulness of this herbal remedy in the management of cancer patients.”

Since both diabetes and various types of cancers are such a scourge to populations worldwide, and many treatments involve either drugs with numerous side effects, or invasive procedures such as radiation and chemotherapy, it is very exciting to see that such a gentle herb has such potential — and we eagerly await further research on this.

It can aid in skin health, too!

Along with benefiting the body when taken internally, chamomile may help to improve many types of skin conditions when applied externally. Potential uses for this herb include the treatment of acne, eczema, psoriasis, and other types of skin inflammation.

The potential ability of chamomile to aid in these skin conditions likely comes from its antioxidant compounds, which include flavonoids, coumarin, farnesene, chamazulene, and bisabolol — which work together to combat inflammation.

Drinking chamomile tea may also help to clear your skin from the inside out. Not only are stress and anxiety very common triggers of acne and other skin flare-ups, dealing with inflammation internally may also manifest on your skin — what goes on inside the body is often visible in some form on the outside, and inflammation is no exception.

Chamomile essential oil, which is a highly concentrated form of this herb, can be wonderfully soothing in aromatherapy applications. Try adding some to a diffuser to get it circulating throughout your bedroom, and/or apply to pressure points on your wrists and temples, and massage in while breathing deeply.

You might also wish to try a steam with this essential oil. Simply fill a bowl with hot water, add a few drops of chamomile essential oil, and maybe a few dried chamomile flowers, if you wish. Bring your face close to the bowl (but not too close — don’t burn yourself!) place a warm towel over your head, and breathe deeply.

This not only provides relaxing effects, it also helps to open up your pores, for a healthy, beautiful glow.

Chamomile is an exciting herb, indeed, but first and foremost, always check with a health professional you trust before starting a regimen with an herb or supplement you have never used before — or before you increase your usage of one significantly.

If you have an allergy to ragweed, you may also be allergic to chamomile, and this is likely not the herb for you if you are taking blood thinning medications. Because herbs are potent, checking with a health professional first is wise, to make sure it is safe for your individual health.

Secondly, when choosing chamomile in any form (dried flowers, teas, capsules), always buy from a source you trust. Since supplements are not strictly regulated in this country, it is very important to do your research on the company that is manufacturing it, to improve your chances of avoiding contamination, or obtaining an ineffective product.

We always recommend herbs in as close to whole-food form as possible — so we’d say skip the capsules and enjoy some loose tea made from the flowers themselves.

When you find your high-quality chamomile, simply steep for approximately five minutes in boiling water. It has a mild, somewhat sweet flavor naturally, so nothing else is really needed for the perfect cup! If using chamomile to wind down before bed, enjoy it about half an hour before you hit the hay!

For other types of uses, check with a health professional first for the best course of action!