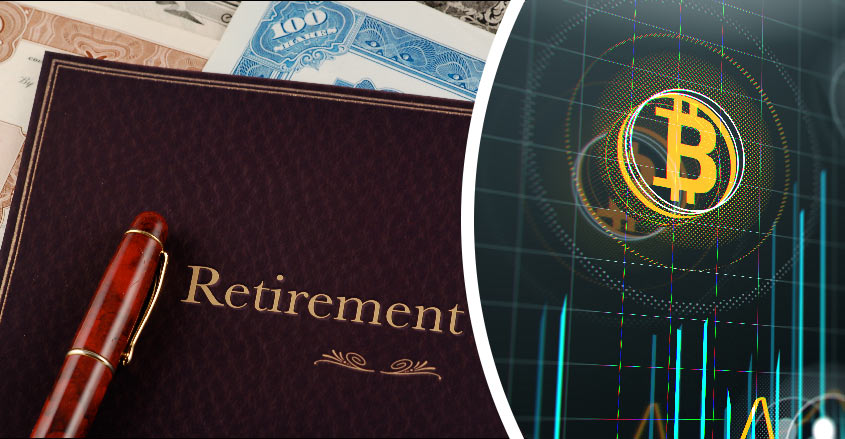 Big bets on bitcoin and other cryptocurrencies are too risky for retirement investors, but a little digital money can hedge against declines in the values of other nest-egg assets.

Bitcoin is the most widely held cryptocurrency, but its volatile value makes bitcoin unsuitable as a long-term investment, according to David Twibell, president of Custom Portfolio Group in Englewood, Colo.

Twibell told TheStreet.com that holding Bitcoin in a retirement portfolio as a long-term investment is a risky strategy comparable to currency trading.

Loading a retirement portfolio with Bitcoin and allocating too little to the stock market is “sheer lunacy,” said Greg McBride, chief financial analysts at New York-based Bankrate, a financial data and content provider.

DeShurko suggests instead investing in such companies as American Express and Western Union that use the blockchain technology behind Bitcoin to cut their costs and operate with greater efficiency.

Miami-based investor Jason Spatafora, a co-founder of Marijuanastocks.com, said cryptocurrencies comprise less than 2 percent of his personal investment portfolio because their value is too volatile to warrant a larger allocation.

He told TheStreet.com that he has invested in cryptocurrencies “for personal education with zero expectation of return.”

Bitcoin in your IRA

The Internal Revenue Service allows cryptocurrency in Individual Retirement Arrangements (IRAs), but many IRA custodians do not, according to Don Shelly, a finance professor at Southern Methodist University in Dallas.

In contrast to a custodial IRA, a self-directed IRA allows the account’s owner to invest in cryptocurrencies and other alternatives to stocks, bonds and certificates of deposit, Shelly said.

The only types of investments in a self-directed IRA that the IRS specifically prohibits are collectibles and life insurance, he said.

Average investors might consider a small portfolio allocation to cryptocurrency not only for its potential appreciation but also for its value as a hedge.

Cryptocurrency values aren’t correlated with the value of the U.S. dollar and other reserve currencies.

A basket of cryptocurrencies could serve as a financial hedge against a long-term depreciation of the U.S. dollar and other government-issued currencies.

Retirement investment vehicles range from IRAs and 401(k)s to securities and savings accounts to cryptocurrency wallets. The absence of a consolidated retirement account can complicate strategies based on preset asset allocations.

Technology may fix that.

A new retirement investment platform called Auctus allows users to aggregate their retirement assets and to contribute Bitcoin, Ethereum and any other blockchain-based coins to their nest eggs.