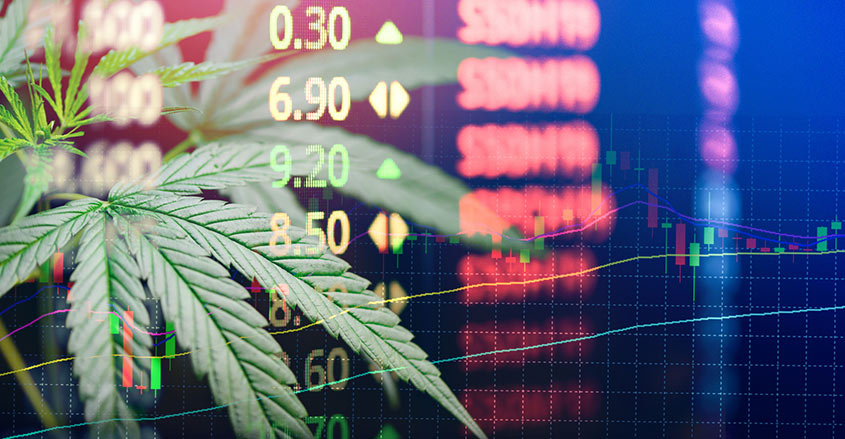 Cannabis is, without a doubt, one of the most dynamic and exciting niches in the stock market. And if things don’t boom, well, heads roll.

The co-CEO of weed stock Canopy Growth, Bruce Linton, says he was terminated after a particularly poor quarter. He would also no longer be serving on the company’s board of directors.

Yet that hasn’t stopped Linton from weighing in on the current pot stock market. He recently recommended two pot stocks during a conversation with Shark Tank’s Kevin O’Leary.

The first was Canopy Rivers. As you may be able to deduce, Canopy Rivers is related to Linton’s former company Canopy Growth.

Canopy Rivers was started in part as an avenue for Canopy Growth to follow up on investment opportunities within the cannabis industry.

As of this writing, Canopy Rivers “has made 17 investments in public and private companies that it valued at CA$221.3 million (USD$168.7 million).”

A majority of this value stems from a 13% fully diluted equity stake in Ontario-based TerrAscend, a producer and retailer of cannabis. TerrAscend is the first cannabis company with business in the United States, Canada, and Europe.

On July 16th, Canopy Rivers released its financial report for both the fourth quarter and fiscal year. The report revealed a net loss of CA$1.83 million (USD$1.4 million) for the first three months ended March 31st.

The other pot stock recommended by Linton was OrganiGram Holdings, located in Moncton, New Brunswick.

What makes OrganiGram Holdings different is its reliance on only one grow site. This leads to a significant reduction in their supply chain costs.

While the cannabis industry is still very young, at this moment that yield is twice the industry standard. Despite these two positive aspects, OrganiGram Holdings was recently hit with some unpleasant news.

An unsuccessful growing experiment “cost it nearly 50% more in cash and harmed its earnings last quarter.”