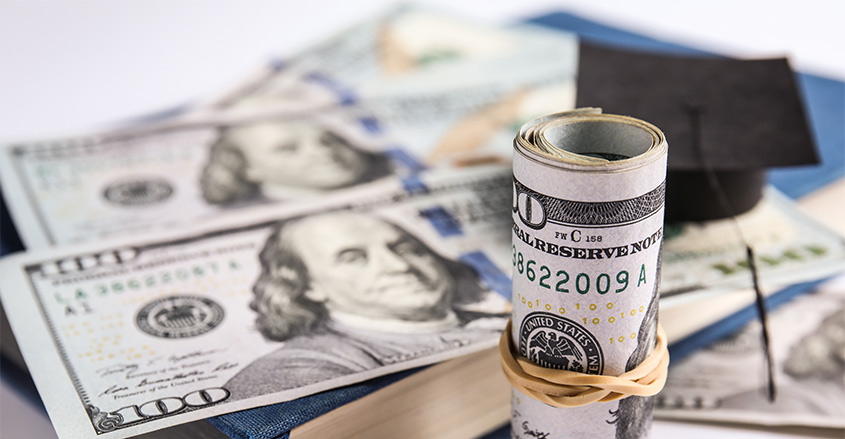 Wayne Johnson is resigning from his position as the chief operating officer of the Office of Federal Student Aid. Reporting suggests Johnson plans to campaign for one of Georgia’s two senate seats.

Before he got out the door, though, Johnson had a few choice parting words regarding the student loan crisis. He called the student loan system that the nation currently has “fundamentally broken.”

Johnson also believes the government should simply forgive most of the $1.5 trillion in student-loan debt.

Johnson came to this conclusion looking through the Education Department’s data.

According to the data, five years into repayment half of student loan borrowers haven’t paid even $1 toward their debt’s principal.

A Brookings Institution study paints a similarly bleak picture, finding that 40% of student loan borrowers could default in just a few years, by 2023.

“The time has come for us to end and stop the insanity.”

Johnson has laid out a few specifics regarding how this student debt cancellation should tax place.

Under Johnson’s plan, up to $50,000 in student debt would be forgiven for all borrowers. Experts estimate this would be around $925 billion in forgiven debt.

Those who have already paid back their student loan debt would receive a $50,000 tax credit.

To pay for this student loan debt cancellation, Johnson suggests enacting a 1% tax on corporate earnings.

“Who do they think is actually going to pay for these?” said DeVos. The answer, of course, is likely to be rich people such as DeVos, whose family is worth billions.

On October 25th, DeVos herself was found in contempt of court by a federal judge.

This contempt of court decision stems from a breach of a previous order to cease collecting loans from thousands of former for-profit college students.