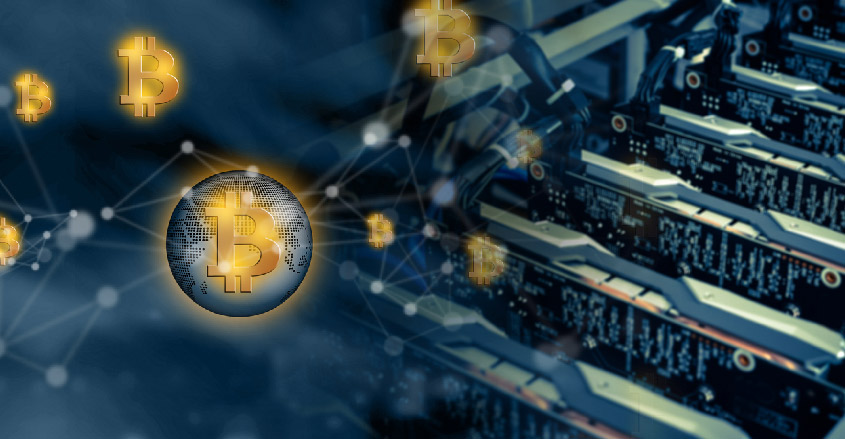 Financial analysis company Fundstrat predicts that Bitcoin’s value could reach up to $64,000 in 2019 — a 700% increase from recent trading levels.

Sam Doctor, the head of data science research at Fundstrat, made the prediction in a recently released report.

While Bitcoin’s trading value is notoriously unpredictable for investors and speculators, Fundstrat bases its prediction on the evolution of mining rigs, the machinery used to create Bitcoin.

The dedicated computers used to mine Bitcoins are electricity hogs and hard to maintain.

As the number of Bitcoins in existence nears a mathematically imposed limit of 21 million, too, the technical difficulty of mining a new one increases.

Currently, the number of Bitcoins is just over 17 million.

In turn, the company believes, the value of existing Bitcoins could grow dramatically.

The improving economics involved with Bitcoin mining will act as a support buffer for the digital currency, the company says.

“Hash power” is a reference to the amount of processing energy required for Bitcoin generation.

The price of Bitcoin has been incredibly volatile, while Bitcoin mining itself is progressively a financially losing endeavor.

However, Fundstrat’s research suggests that the financial activity of Bitcoin miners as mining rig tech evolves can positively influence Bitcoin’s trading value by making coins much more valuable over time.

Cryptocurrencies such as Bitcoin are created anonymously.

“The primary net sellers, in our view, are Bitcoin miners, and the rest are transactions between investors,” said Doctor.

“The release of the next generation of rig hardware should trigger a new round of capex as well as hash power growth, which could accelerate if BTC price appreciates,” added Doctor.

The break-even cost of Bitcoin mining varies according to the source. The specifications of the mining rigs used for such are factors as well.

As per Fundstrat’s calculations, the break-even price for miners using an Antminer S7 rig is $6,003 per Bitcoin.

Both mining rig components are made by Bitmain, a Chinese company that made up to $4 billion in profits in 2017.

Break-even costs also are set by factors such as geographical location, electricity cost and of course Bitcoin’s current trading value.

Fundstrat once predicted that Bitcoin could reach $100,000.

Along with volatility, Bitcoin is the focus of innumerable regulatory restrictions and crackdowns by governments and financial authorities.

Whether Bitcoin becomes a huge success or an utter failure also depends in large part on mass acceptable by ordinary investors.

While Wall Street has been making moves toward transacting in the virtual currency, a lot of Bitcoins remain locked in vaults and do not circulate.