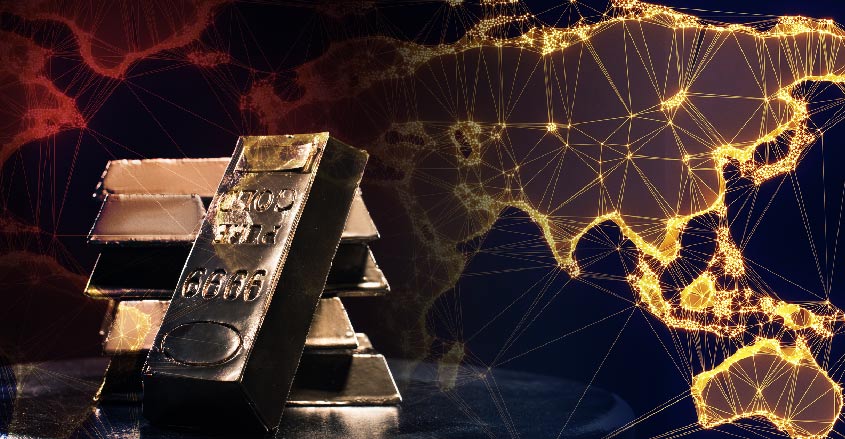 According to a recent report, gold is expected to deliver an unprecedented price performance in 2018 and beyond.

The Gold Survey 2018, published by the GFMS Metals Research, a unit of Thomson Reuters, says that uncertainty in the markets is fueling the yellow metal’s safe-haven character, leading to an increase in investments in gold bars and bullion-backed investment funds.

Analysts believe that the average price of gold in 2018 could be $1,360 per ounce, which represents a jump of 8% over the previous year.

GFMS report said that continuing uncertainty in U.S. politics, along with Brexit negotiations and tensions in the Middle East, will remain the key drivers for gold prices.

According to the report, retail investment in gold in 2018 is set to rise following consecutive declines for the past four years. GFMS estimates that demand from gold-holding exchange-traded funds in 2018 will rebound to 350 tons, a nearly a 100% increase from 2017.

This price turnaround is occurring due to an uptick in demand for gold bullion bars backed by a general improvement in market sentiment toward gold.

At the same time, the central bank of China is expected to resume buying gold for the first time in the last four years.

As a result, the net demand in the official sector will grow to more than 400 tons in 2018. The survey also showed the demand for physical gold, which includes bars, coins, and jewelry purchases, registered its first yearly increase since 2013, rising by 10 percent.

A strong demand for physical gold in India, including a 13 percent jump in gold for jewelry, contributed to this global increase.

According to GFMS, jewelry fabrication grew to a record second-highest level, at 718 tons, because of higher stocking.

GFMS expects mine production of gold to reach a record high of 3,265 tons, with countries in Asia expected to contribute to gains in 2018, along with by Australia, Russia, and Canada.

According to some analysts, large banks and mainstream investors now support the “long gold” strategy.

Renowned fixed-income investor Jeff Gundlach, popularly known as the “bond king,” recently stated that he is very bullish on gold.

Gundlach forecasts a massive base building in gold for the next four to five years. If the price breaks the current resistance levels, gold could go even go up by $1,000, Gundlach says.

Goldman Sachs agrees. Their analysts say that the case for investing in commodities has “rarely” been stronger. Generally, commodities rise in value when global economies are on the march, increasing demand.

According to recent note from the global investment bank, commodities are expected to yield 10% in return over the next 12 months.