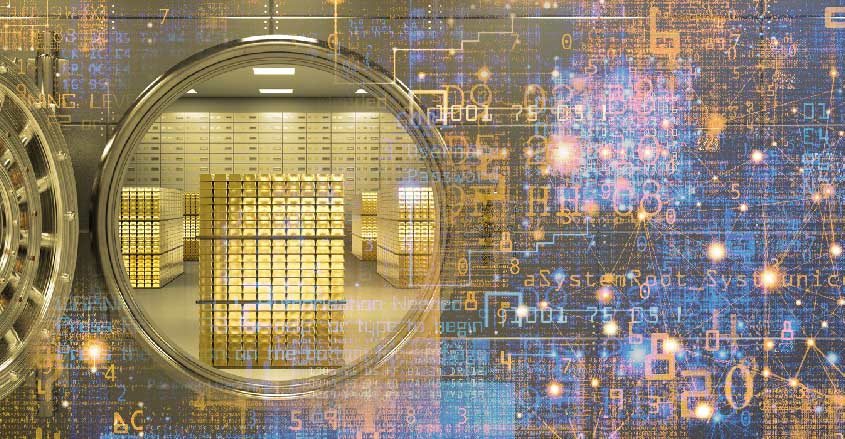 One the of the world’s largest gold-producing companies is working with blockchain to stabilize virtual currency trading and, in time, to monetize the value of billions in currently stored gold.

The company, Vancouver’s Goldcorp, will back cryptocurrency transactions with physical gold held in an vault at the Royal Mint in Ottawa.

Vault Chain then essentially digitizes the gold to allow for more efficient selling, investing and tracking of precious metal transactions.

“Gold is mostly mined in the ground and put back in a vault,” Stephens said. “This makes it easier and more accessible for investors to directly own gold,” said Stephens.

Using Vault Chain as a public ledger will allow for reliable transaction records, according to the the companies.

Matt Trudeau, president of Tradewind, predicts that Vault Chain will change how gold is transacted.

“We believe that our technology will enable gold producers like Goldcorp to overcome existing limitations and move into the electronic age,” Trudeau said.

Vault Chain transactions are financially backed by a one-to-one ratio of gold at the Royal Canadian Mint. This change, they companies predict, will help create more stability for cryptocurrency investors.

“Physical gold stored on a blockchain will increase the utility of the commodity and, ultimately, drive value in the price of gold,” said David Garofalo, CEO and president of Goldcorp.

“We believe Tradewind has the potential to change the gold investment industry like the introduction of ETFs (exchange traded funds) did over 10 years ago,” added Garofalo.

Tradewind executives say that current gold transaction settlement times take too long to finalize. Nor is there isn’t enough transparency in such transactions.

Stephens suggested that there could be no ceiling to the amount of gold that could be sold via Vault Chain.

“I don’t think there’s an upper limit,” he said. “In theory, this could go global and we could put all of our gold on this platform.”