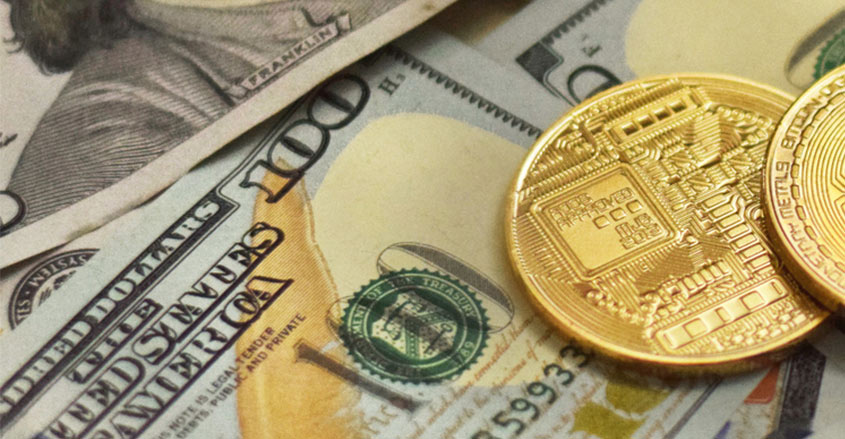 Most people have heard of Bitcoin by now. News about it appears online daily. It’s likely to be the subject of watercooler talk, too. If you haven’t heard of it, you will soon.

Bitcoin was created to counter the actions of irresponsible governments and central banks. The cryptocurrency emerged shortly after the 2008-2009 financial meltdown.

Bitcoin is a prototype for a digital coin that is being positioned as a potential replacement for central bank currencies such as the U.S. dollar. This begs the question, should cryptocurrency be added as an asset class for portfolio diversification?

This question isn’t easy to answer. First, Bitcoin and other cryptocurrencies are still in the experimental stage. They are experiencing growing pains of scalability, hacking, and collusion among mining operations. These factors add to the volatility of the industry, which extends to the price of the coins.

For speculators, volatility is an attractive feature. It is how these players attempt to make their money. Traders make bets on wide swings in markets.

For longer-term investors, though, volatility is not welcome. It’s not possible to eliminate volatility, but managing it is crucial.

If the volatility of Bitcoin is high, why would it merit consideration as an asset class? Because many traders are starting to view Bitcoin as a dollar hedge. That’s because the infrastructure for most cryptocurrencies is decentralized, meaning that no central bank controls the entity’s value.

When irresponsible governments take action that cause the dollar’s value to drop, Bitcoin often rises in value. Some speculate that Bitcoin may even replace metals such as gold and silver as inflation hedges. Proponents feel that Bitcoin answers many of the problems associated with these metals as hedges.

Investors who accept Bitcoin as a value store thus may feel comfortable adding some exposure to the coin as part of their portfolios. These investors are likely to treat this exposure as portfolio insurance.

Goldman Sachs recently wrote there isn’t any evidence that Bitcoin is a hedge against inflation. The bank offered arguments suggesting that volatility is too high to be used as an asset class.

Of course, Goldman Sachs is one of the primary dealers for the Federal Reserve. It has an interest in protecting the central bank business model.

One of the arguments Goldman makes is that Bitcoin does not create economic value. However, this argument could be an oversimplification.

Blockchains (cryptocurrency infrastructures) are a value proposition in that they provide services to their participants. For instance, a wide range of corporations and individuals could use blockchain for so-called “smart,” self-executing contracts.

The points made about volatility are valid, though, which investors should consider carefully.

How to get exposure to Bitcoin

When investors decide to add bitcoin to their portfolios, they will have to decide how to purchase it. They can buy the coin on an exchange. This usually requires wallets. The two types of wallets are hot wallets, which are generally connected to the Internet, and cold wallets, which are not.

There is usually no recourse if wallets are lost or stolen. This is one of the criticisms of cryptocurrencies. Of course, out-of-control inflation is also a risk that people don’t think about until they experience it.

Current world events are setting the stage for possible surges in inflation. Investors may feel cryptocurrency “wallet risk” is acceptable when measuring it against the fear of their dollars eroding in value.

A well-managed portfolio will not contain 100% cryptocurrency exposure, of course. But now Bitcoin exchange-traded funds (ETFs) are emerging.

While an encouraging sign, remember that these funds are created as trusts. This structure introduces counterparty risk and involves banks, which are entities that investors usually try to avoid during times of crisis.