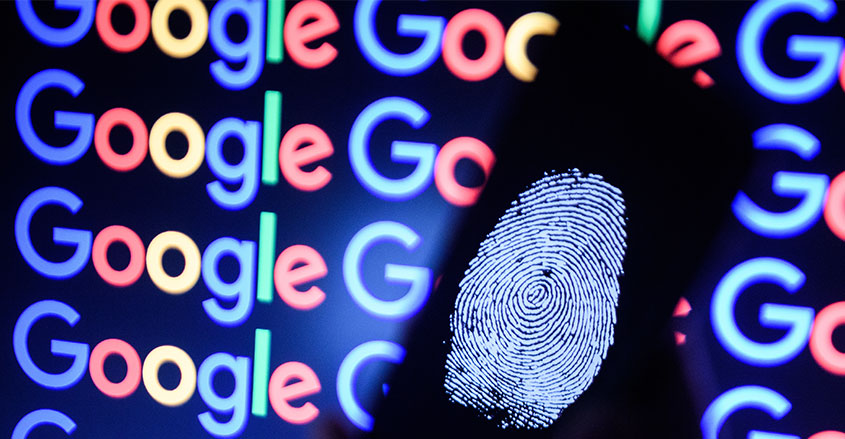 Recently, Facebook has been the object of public fury upon the discovery that it uses individuals’ private data without their knowledge or consent.

Those who criticized Facebook would be surprised to learn Google gathers far more personal information than its social media peer.

For now, Google has escaped the wrath visited upon Facebook by irate customers and regulators.

Yet it will soon be Google’s turn to face the music as its far-reaching data harvesting techniques are placed in the spotlight.

That’s due to the volume of information it collects through its search engine, Gmail accounts and Android applications.

The reason both Google and Facebook are so dominant in online advertising is that they input enormous amounts of personal data through artificial intelligence software.

The software can track our identities and our location — whether or not individuals realize that they reveal such personal information.

The two issues of foremost concern in the privacy abuse scandals are disclosure and consent.

Even those who may find Google’s targeted advertising an unobjectionable trade-off for the services Google provides, few are aware of the extent and scope of Google’s reach in tracking personal data.

Many Google users are oblivious to the fact that the company tracks information on their purchasing profiles, where they make their purchases, the dollar amount and other personal information — potentially without the consent or knowledge of users and non-users alike.

For instance, critics say, Google tracks private information on those who have expressly opted out of its targeting advertising practices.

Such practices, characterized as “shadow profiles,” result when users are unaware that Google still collects data on them even though they have opted out or don’t use the full array of Google product features.

For example, Android users of Gmail will be asked repeatedly to enable access to the microphone and camera on devices, until they acquiesce, perhaps inadvertently.

In other cases, the opt-out button will be barely perceptible.

In order to prohibit such deceptive practices, the Federal Trade Commission has stated unequivocally that it is now committed to protecting the privacy of consumers and intends to scrutinize Google’s business practices.

Additionally, an upcoming ballot question in California would protect consumer’s privacy in their interaction with the online tech giants.

It should come as no surprise that Google opposes this ballot measure, which if enacted would upend its business model, the source of its profits and the company’s overweening presence in the online marketplace.

Googles’s problems are not limited to regulation at the state level.

The Senate Judiciary Committee has called Google CEO Sundar Pichai to appear next month for questioning about the scope of their data harvesting practices and the extent to which it profits from the manipulation of private user data.