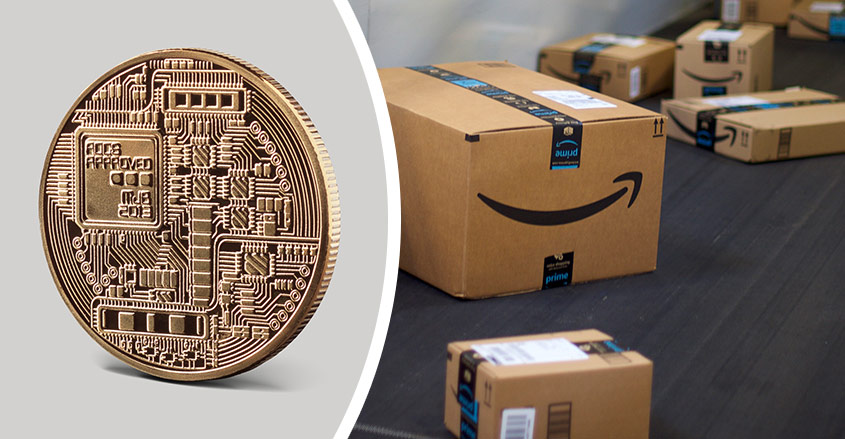 Cryptocurrency experts believe that if a large and trusted retailer such as Amazon were to start accepting crypto coins, that would be a substantial and positive step toward legitimizing cryptocurrency among mainstream consumers.

But what if instead of accepting crypto, Amazon decided to create their own virtual coins instead?

Since the retail juggernaut has expanded their brand to include groceries and healthcare, it stands to reason that they may add cryptocurrency and blockchain technology to their ever-expanding brand in the future.

Now, a new LendEDU survey shows that 50% of the participants would be open to using an Amazon-created cryptocurrency.

Among Amazon Prime customers, 60% of those surveyed would use Amazon-issued coins. Many other customers were unsure, while just 22% said that they wouldn’t use an Amazon-based crypto.

The survey found that 45% of Amazon customers also would trust Amazon to handle their banking.

Only 17% of those surveyed said they would not entrust Amazon with their savings and nearly 40% said they would have the same level of trust in Amazon handling their finances as they do with a traditional banking system.

While many customers would also trust Amazon to handle personal loans, they were less responsive to the idea of Amazon handling mortgages.

A new Bain study found that an Amazon bank could easily become the size of Wells Fargo, serving 70 million Americans and avoiding $250 million in credit card fees in the process — if the retailer chose to become a bank.

In fact, retailers do open banks, as well as offering store credit. Walmart began offering checking accounts in 2014, for instance.

To be clear, Amazon has not made any formal announcement that it wants to create its own cryptocurrency or establish a bank at this time.

However, there would be many benefits for Amazon and their customers if the e-commerce giant decided to create its own virtual currency, such as streamlining checkout and lower processing fees.

Additionally, while most cryptocurrencies have to worry about not being accepted by retailers, Amazon would face no such issue. It is the retailer.

Meanwhile, the search phrase “Amazon Bitcoin” is currently entered into Google more than 18,000 times a month. One can only imagine it won’t be long before an Amazon cryptocurrency is real.