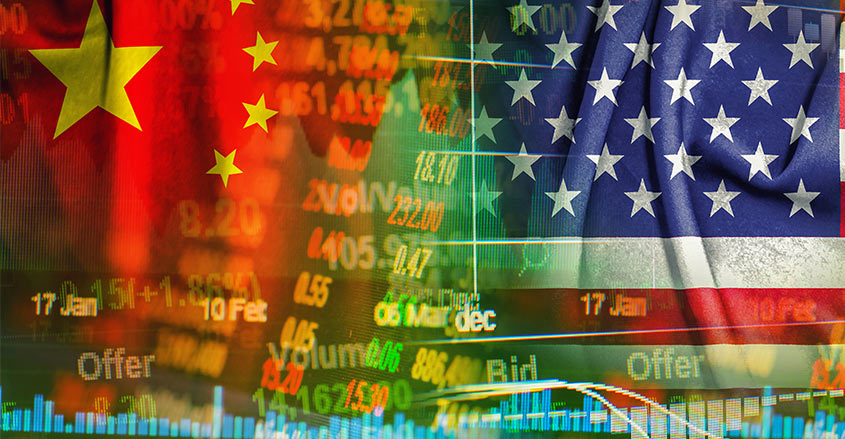 Ray Dalio, founder of one of the world’s most successful hedge funds, cautioned investors against pulling out of China in this time of turmoil.

Despite the escalating U.S.-China trade war, Dalio said that not investing in China would be risky.

Dalio, who runs Bridgewater Associates, reiterated his bullish thesis in an interview on Youtube, where he laid out his thoughts on how China remains the world’s rising economic power.

Dalio suggests that China is following a similar historical trajectory of previous world powers. Countries such as the United States are simply reacting to a challenge from a rising power.

Dalio says the current China investment opportunity is not risk-free, of course. “If there’s no big war, I’m bullish on China. And if there’s a big war, I’m bearish on both the U.S. and China,” he says.

A great deal of recent U.S. equity downturn and bearish sentiment comes from the fear of currency manipulation by China. Beijing recently depreciated its currency, the yuan, to a level not seen in more than a decade — 7 yuan to $1.

The markets panicked and the Dow fell 767 points, giving Wall Street one of its worst days of 2019.

Bloomberg Chief Economist Tom Orlik, however, disagrees with this sentiment, referencing a number of currency trend charts that beg to differ.

He also pointed to the fact that China does not meet the U.S. Treasury’s own definition of a currency manipulator.

Dalios highlighted this fact in his interview when he spoke of the need to avoid reacting to the short-term developments in China, instead urging investors to have patience to achieve the “high price.”

China is becoming more accessible to foreign investors, he contends. Dalio warns that “it is better to be early than to be late” in an investment.