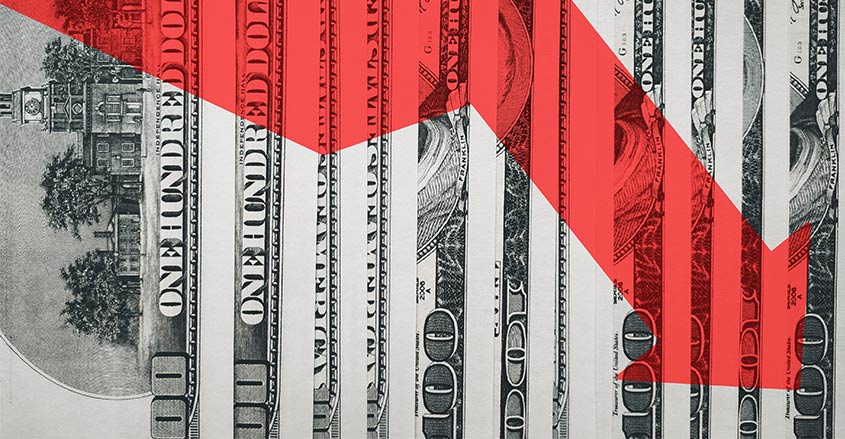 Ray Dalio is the founder of Bridgewater Associates, the largest hedge fund in the world.

So it came as a shock when before the IMF and World Bank annual meetings in Washington D.C., Dalio proclaimed that the global economy was already slowing dramatically.

“This cycle is fading, we are now in the world in what I would call a ‘great sag,'” he said.

Dalio maintains that the economies of the world are entering into a natural downturn.

What’s more, he believes that the typical economic stimuli usually enacted against this kind of downturn, such as interest rate reductions, are unlikely to do much good.

Regarding monetary policy, Dalio said, “Europe is at the limitation of that, Japan is (too), and the U.S. doesn’t have much to go on for that.”

He suspects it is too late for any central bank to produce much of a difference at this point.

In the same speech at the IMF and World Bank meeting Dalio was quick to compare our present-day world to that of the 1930s — the onset of the global Great Depression.

Dalio had two reasons for making this comparison.

Just like in the decade before the Great Depression, we are experiencing a widening wealth gap.

“In the United States, the top one-tenth of 1% of the population has a net worth that is approximately equal to the bottom 90%,” he said.

Dalio’s second reason for the 1930s comparison has to do with the emergence of a new power on the world stage. In this case, China.

“Also, like the 1930s, we have a rising power challenging an existing world power in the form of China-U.S. challenges.”

Not everyone agrees with Dalio’s assessment.

Darius Adamczyk, CEO of Honeywell, is one such person.

Honeywell is a multinational company that produces commercial and consumer products, engineering services, and aerospace systems.

The reason for Adamczyk’s optimism is that bookings are up.

“What predicts the future is bookings, and our bookings performance was very, very strong,” said Adamczyk.

Concerning the global economy, Adamczyk said, “Overall, we’re actually not seeing the softening of this environment, and actually I was very pleased with the bookings, which is really a predictor of our future.”

Adamczyk concluded by saying his most immediate concern was “to have a fair trade resolution between China and the U.S.”