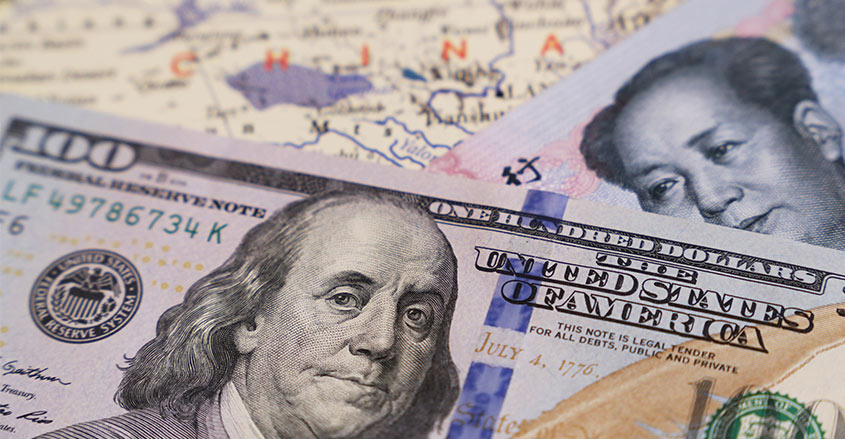 It’s time to add another caveat to the ongoing U.S.-China trade war. One of the world’s largest and most revered hedge fund managers, Ray Dalio, believes China could use it’s massive holdings of U.S. debt to harm America — if Beijing wants.

“We have a debtor-creditor relationship, not just a trade relationship. And that can be a dangerous thing,” Dalio recently told CNBC.

Analysts and investors see this as a potential card to play in the escalating trade conflict between these two world superpower economies. As of June 2019, China was the largest foreign holder of U.S. Treasurys. According to Treasury, the country holds $1.11 trillion of U.S. bond debt.

Dalio argued that it’s difficult to predict the next moves each side would make. As the conflict deepens, the two powers could begin to take even more drastic measures to hammer down the other.

“What we worry about — and I think it’s a reality — is that in this new world of adversely affecting each other economically and hurting each other’s businesses, each tries to think: ‘Now, how can I do the other the maximum harm?’ And the Chinese are clever at doing that,” Dalio said.

Many have dismissed this suggestion as it’s a play that’ll hurt China too.

Yet Forbes analyst Leon LaBrecque thinks that China could weather through it. In the event of a tariff war, neither side wins. Tariffs hurt local economies and are usually passed onto the consumer in some way.

Similarly, dumping Treasurys on the market would incur losses for the Chinese, but it would drastically disrupt the American economy.

“Consider that the Chinese Premier occupies his position for life, whereas November 3, 2020, is a pivotal date in this conflict. The Chinese would likely prefer a less hawkish trade negotiator,” LaBrecque stated.

If China dumps a significant portion of their Treasury holdings to disrupt the U.S. economy, they may be able to leverage a better negotiating position.

Nov. 3 is the next presidential election date in the United States.