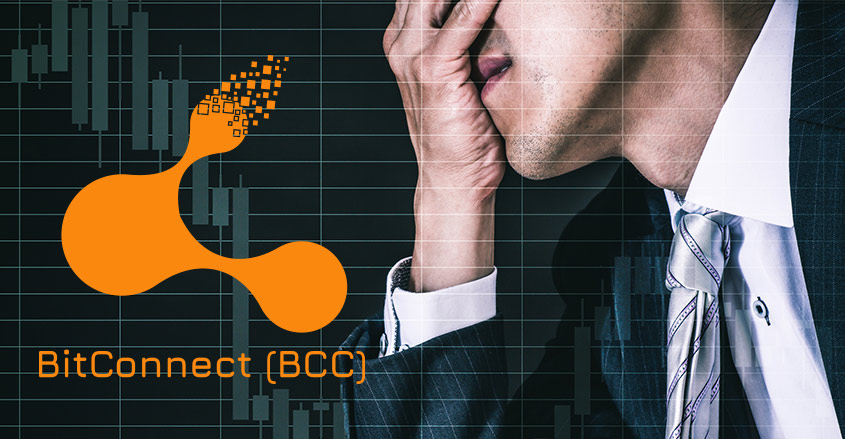 BitConnect announced it would shut down its lending and exchange services yesterday fueling speculation that it was nothing more than a sophisticated Ponzi scheme.

The company, which made its foray into the cryptocurrency scene with an ICO in late December 2016, swiftly cemented its position as one of 2017’s best performing currencies on CoinMarketCap.

Three months ago, its market cap was $2.6 billion.

BitConnect promised to earn investors up to 40 percent total return per month. BitConnect followed a four-tier investment scheme based on the sum of initial deposit — the more cash you put down, the bigger and faster profits you could rake in.

Regardless of the stake, investors were promised a 1 percent return of investment on a daily basis.

The company said it had developed a “trading bot and volatility software” that would turn your Bitcoin investment into a fortune.

Investing $1,000 into your BitConnect investment account could net you more than $50 million within three years, assuming the scheme could somehow live up to its promise for 1 percent interest compounding on a daily basis.

Needless to say, the business model turned out to be unsustainable.

Among the first ones to voice his concern with the company was Ethereum founder Vitalik Buterin. “If [one percent per day] is what they offer,” he said on Twitter back in November, “then that’s a [P]onzi [scheme].”

Despite these warnings, BitConnect continued to pick up momentum.

Indeed, the company relied on an aggressive marketing strategy on all fronts. Putting aside its extensive digital and event marketing efforts, BitConnect enlisted a large army of affiliates to recruit new investors who could then work their way up by bringing in even more new investors.

Soon, the investment service had expanded enough to attract the attention of the authorities. Following an investigation in November, the British Registrar of Companies served BitConnect with a strike-off notice, threatened to shut it down and seize its assets.

“Upon dissolution all property and rights vested in, or held in trust for, the company are deemed to be bona vacantia, and accordingly will belong to the crown,” the filings read.

Within a week the news of the UK action reached mainstream media, with numerous outlets reporting on the affair and thousands of spooked investors speculating about the implications on the popular website Reddit.

Less than two weeks ago, BitConnect got slapped with an order from the Texas Securities Board ordering the company to close down its operation and cut distribution, at least until it had worked out an agreement with the Securities Commissioner or was granted the necessary exemptions to continue its business.

The notice from the Texas Securities Board was followed by yet another cease-and-desist letter a week later, this time from the North Carolina Securities Division.

The site announced on Tuesday it was closing its platform and it’s likely that any assets on their platform would be a total lost. Whether charges will be pressed is an open question, though that appears likely.