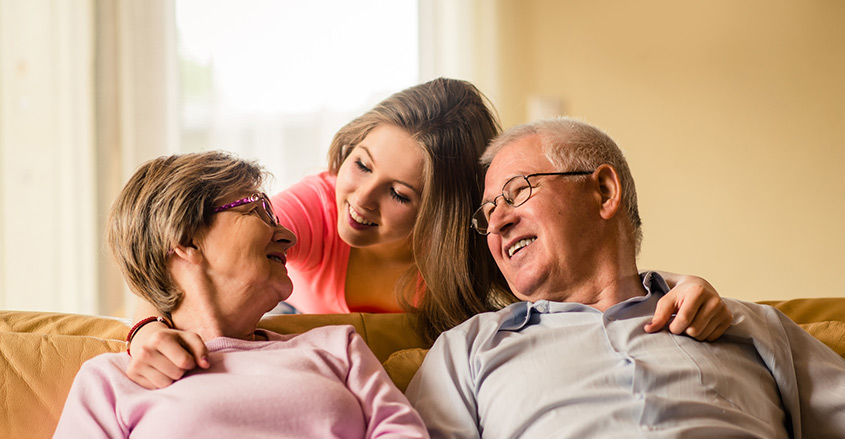 Should you cut off adult kids once they reach a certain age?

There is an old saying about child rearing that speaks to the quality of their development relative to parenting style: “Children will most likely live up to your expectations of them.”

There is nothing easy about raising a child. Besides the obvious financial sacrifices, it requires hard work and the willingness to imbue a moral compass and value system onto a child as they grow into an adult.

And let’s not completely ignore the significance of the financial responsibilities of raising a child.

According to the U.S. Department of Agriculture, it costs about an average of $234,000 to raise a child from birth to 17 years of age.

That’s more like $288,000 when factoring in the financial effects of inflation over time. Additionally, this amount does not factor in the costs of college tuition.

The gist of these statistics is that sooner or later, the financial support that a parent affords a child ends as they become adults. Parents must cut off adult kids sometime.

That is what should happen, as hard as it may be to do. One the highest expectations that parents have for their children is that one day they will be financially and emotionally able to take care of themselves.

Nevertheless, more parents are afraid to cut off adult kids, instead wholly financing the lives of their adult children.

More than a third of young adults between 18 to 34 live with their parents.

Of that number, more than one in four young adults lived with their parents while neither working or going to school.

Meanwhile, more than 80% of adult parents are financially paying for all of their adult children’s needs.

This is according to a survey by the wealth management corporation Merrill Lynch and Age Wave, a company that focuses in the effects of aging in society and the world.

Middle-aged and senior citizen parents are spending more money to finance the lives of their adult children than they save for their own retirement.

Many risk personal bankruptcy as they age.

More than two-thirds of all Americans parents have failed to cut off adult kids, paying for all of the bills in their adult children’s lives.

Those bills are now to the tune of about $500 billion a year.

Instead of rearing a child from birth until their late teens or early 20s, many middle-age and senior citizen parents are voluntarily doing so into perpetuity, seemingly.

There is no limit to the kinds of bills that parents are now paying on behalf of grown children. They are covering grocery expenses, car payments and fuel expenses, rent payments, and even footing the bill for vacations.

Many are even willing to assume the monthly student loan payments of their kids.

Nearly 60% of middle-aged and senior citizen parents admit that they will wholly pay for their child’s wedding.

Another 30% said that they would wholly pay or co-sign a mortgage to help their child buy their first home.

More than a third of the people who took the Merrill survey said that they were willing to pay college tuition requirements for their grandchildren.

According to Age Wave CEO and founder Ken Dychtwald, middle-aged and senior citizen parents are taking an outsize risk with their future.

Parents are paying out to adult kids more than two times more than they save for their own retirement.

Every year that they fail to cut off adult kids is about $7,000 lost to potential future retirement savings.

“I worry that we’ve got all these 40-, 50- and 60-year-olds subsidizing their children for thousands of dollars year after year.

“That’s going to come back to haunt them,” said Dychtwald. “It’s not going to make their future more secure.”

Boomers are the current age generation of people closest to retirement age. Even though most people retire by age 65, almost 40% of Baby Boomers now believe that they will retire by 70.

Another 46% of adults have no idea what they would do if they ever outlived their retirement saving.

And about 55% of adults are quite certain that they will have to reenter the workforce sometime after the age of 65 to make ends meet.

According to a study by the Consumer Bankruptcy Project, the number of senior citizens going bankrupt could increase by a factor of two to five in the near future.

It may be difficult, but middle-aged and senior citizens parent may need to consider when to cut off adult kids for good. Or at least setting terms to help them evolve into financially independent individuals.

Talk to your adult child about getting a job and developing a budget. Have them make a list of life goals and talk to them about how they will attain them.

Consider an allowance system instead of paying for every bill.

It might be a good idea to get a third-party intermediary involved, like a financial advisor. Someone who can advise your adult child of the necessities of financial responsibility in adult life.

You may also want to talk to your adult children about the need to fund your own retirement. Make them understand the reality that one day, you will become too old to work or fend for yourself and be forced to rely on a fixed income.

Unless your child matures to point where they can turn around and then help take care of you, they need to learn that there are no perpetual free lunches in life. Not even from a parent.

While starting to cut off adult kids may not be an easy process, it is necessary. Unless you are exorbitantly rich, paying for all of your child’s expenses will inevitably catch up to you.

Plus it is an imperative that an adult child learn to fend for themselves. You won’t always be in their lives and they must learn sooner or later how to support their own lifestyles.